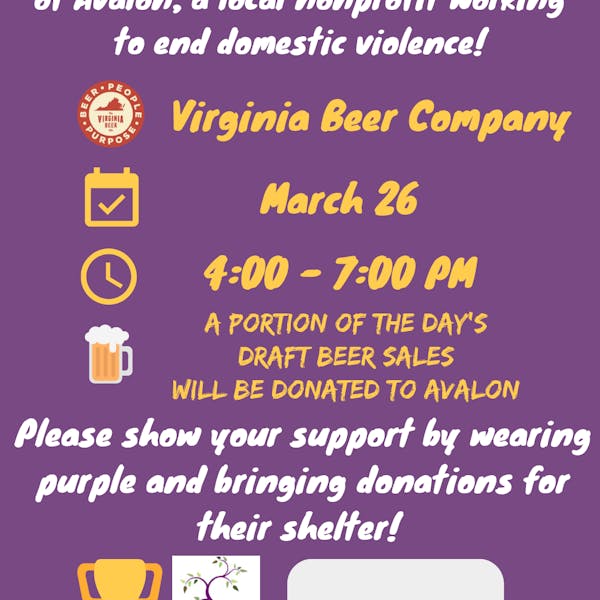 On Saturday, March 26th, The Virginia Beer Company will be teaming with the William & Mary Mason School of Business MBA Association‘s Women in Leadership club to host our first in-person Ales For Avalon in over 2 years!

VBC will be donating a portion of the day’s draft beer sales to the Avalon Center: working to end domestic and sexual violence. In addition, the William & Mary MBAA Women in Leadership club will be on site collecting donations and offering prizes for supporters.

Wear purple in support of Avalon for a chance to win a VBC gift card.

Don Chido will be dishing all day!

We’ll have live music with sound by JP Experience with DJ Kudlz (4-7 pm) to celebrate community and supporting local.

Plus a Girl Scout Cookie booth on-site from 3-6 pm!

On the day that officially marks 6 years since VBC first opened its doors & taps, we can’t think of a better way to kick off “anniversary season” than by teaming up with friends from William & Mary to give back.

Avalon provides shelter and support to those experiencing domestic violence and sexual assault in the greater Williamsburg area and the Middle Peninsula. 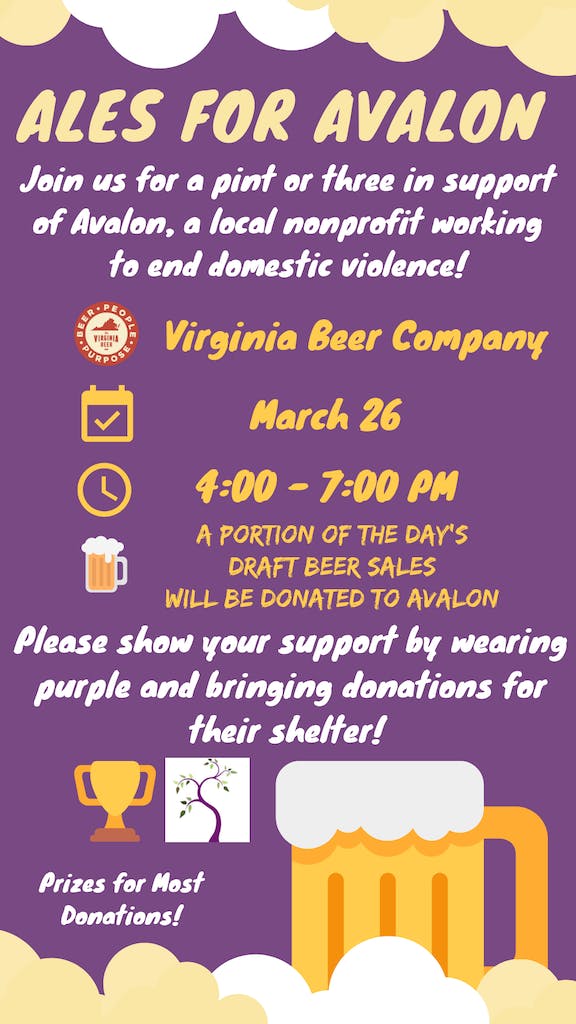