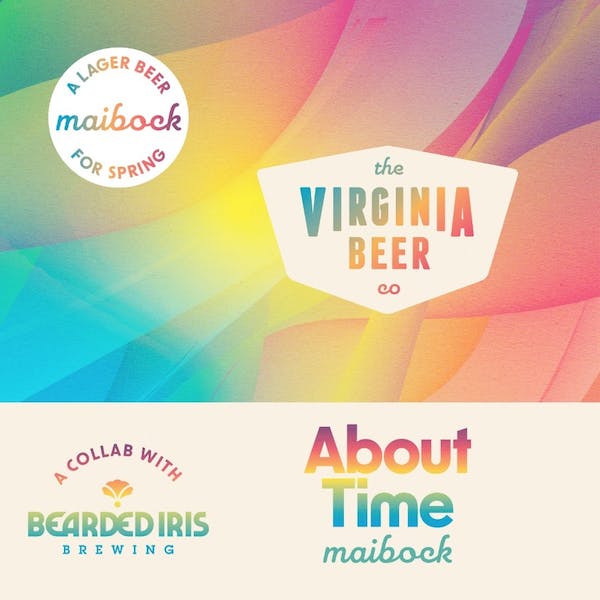 Our second collab with Bearded Iris Brewing and our first Maibock…and they’re all About Time. Patience pays off, especially when it comes to collaborating on a recipe 6 years in the making – especially one that requires some extra time to get just right.

About Time is a Maibock – a strong, Bavarian-Style Lager – released on May Day to celebrate the transition of seasons. Constructed with a traditional Pilsner malt backbone and drops of Hallertau Mittlefrüh & Hersbrucker, providing noble hop aromas and a subtly spicy and fragrant floral finish. And at 7% abv, this crisp and naturally carbonated Maibock will warm you just enough to wait out the time until the summer beer garden season begins.

More about our collab series with Bearded Iris:

What’s a birthday bash without inviting your best buds to celebrate? To kick off anniversary season we teamed up with Nashville’s Bearded Iris Brewing to brew not one but two celebratory collaboration recipes!

So to celebrate shared roots and many more rounds to come, we are excited to release Long Way Hazy IPA and About Time Maibock as part of VBC’s anniversary festivities this year.