Williamsburg has always been at the heart of The Virginia Beer Company’s story.

Chris & Robby, our brewery’s co-founders, first met at the College of William & Mary. Their time together at university in Williamsburg – along with a shared passions for philanthropy, adventure, and (of course) craft beer – led to a decade-long journey to start a business together in a community they cherished and a field they loved.

While their careers carried them to other cities, the pair stayed in touch after graduation. Return trips to volunteer for their alma mater were plentiful, and Robby was the best man in Chris’s wedding to his wife (and fellow Tribe alum), Erin. After many long discussions over many homebrews, the idea to open a brewery together progressed one step closer to reality in 2012 when Chris & Erin made the move back to Williamsburg. Robby joined shortly after and the race to open The Virginia Beer Company was on. 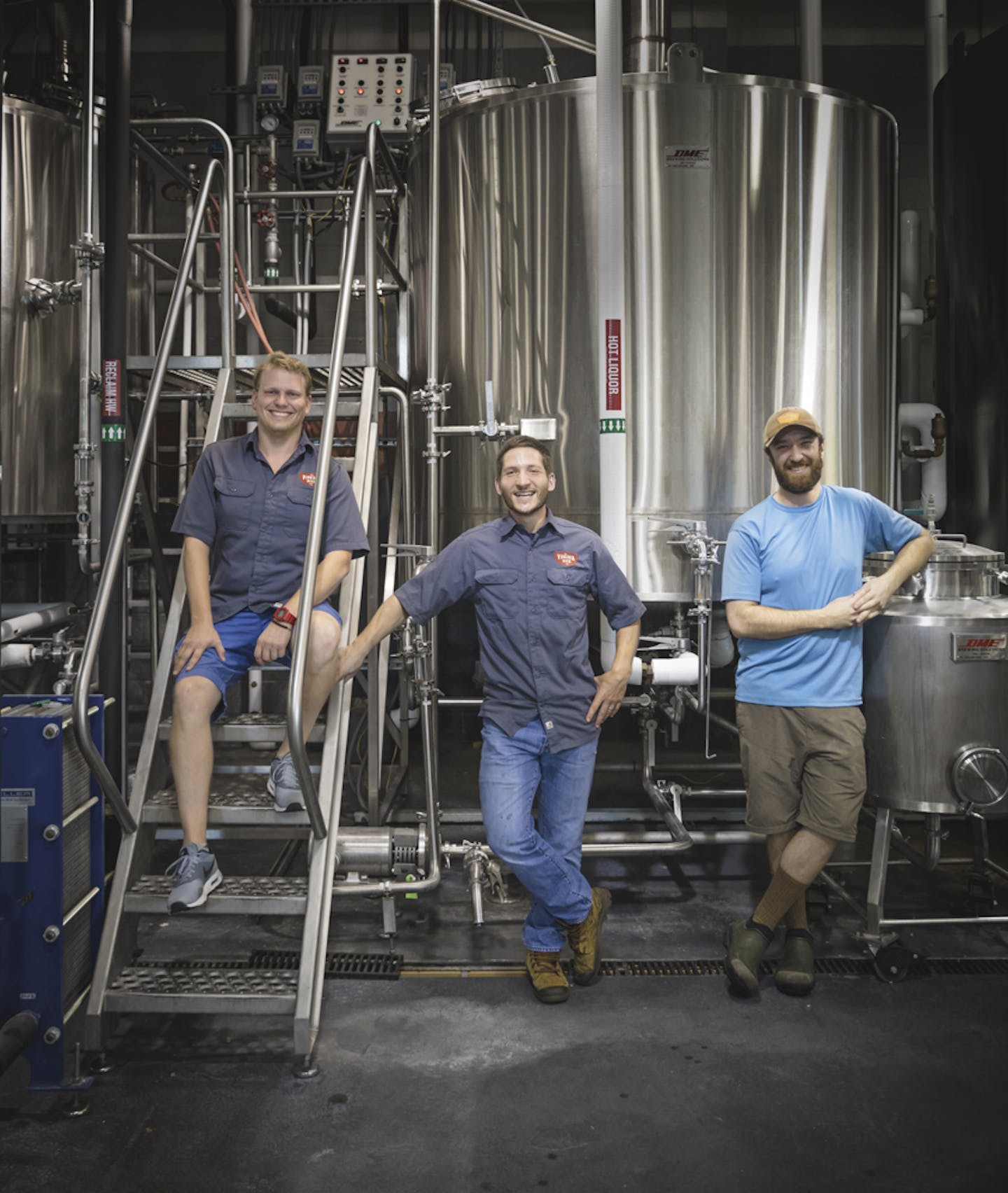 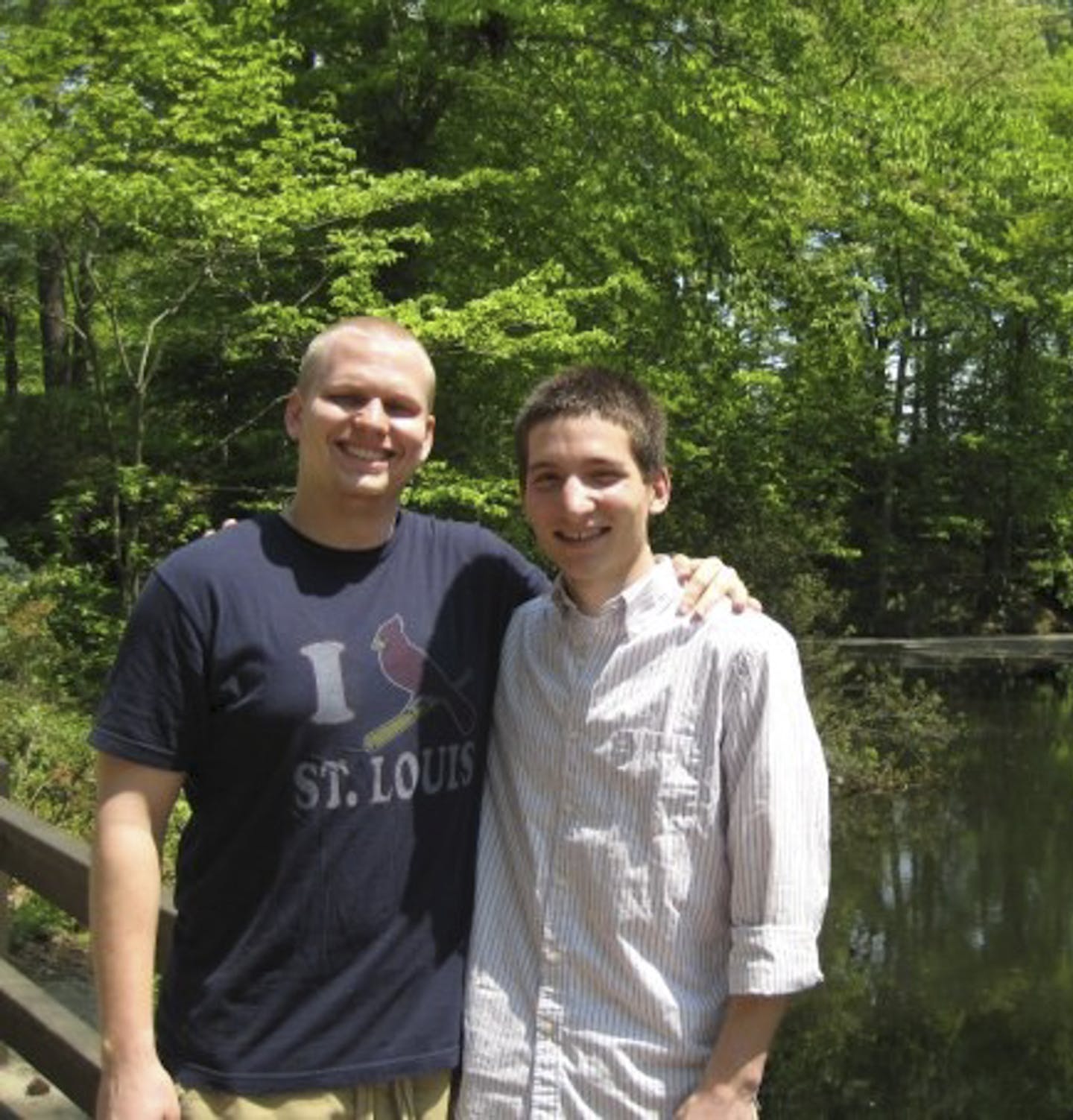 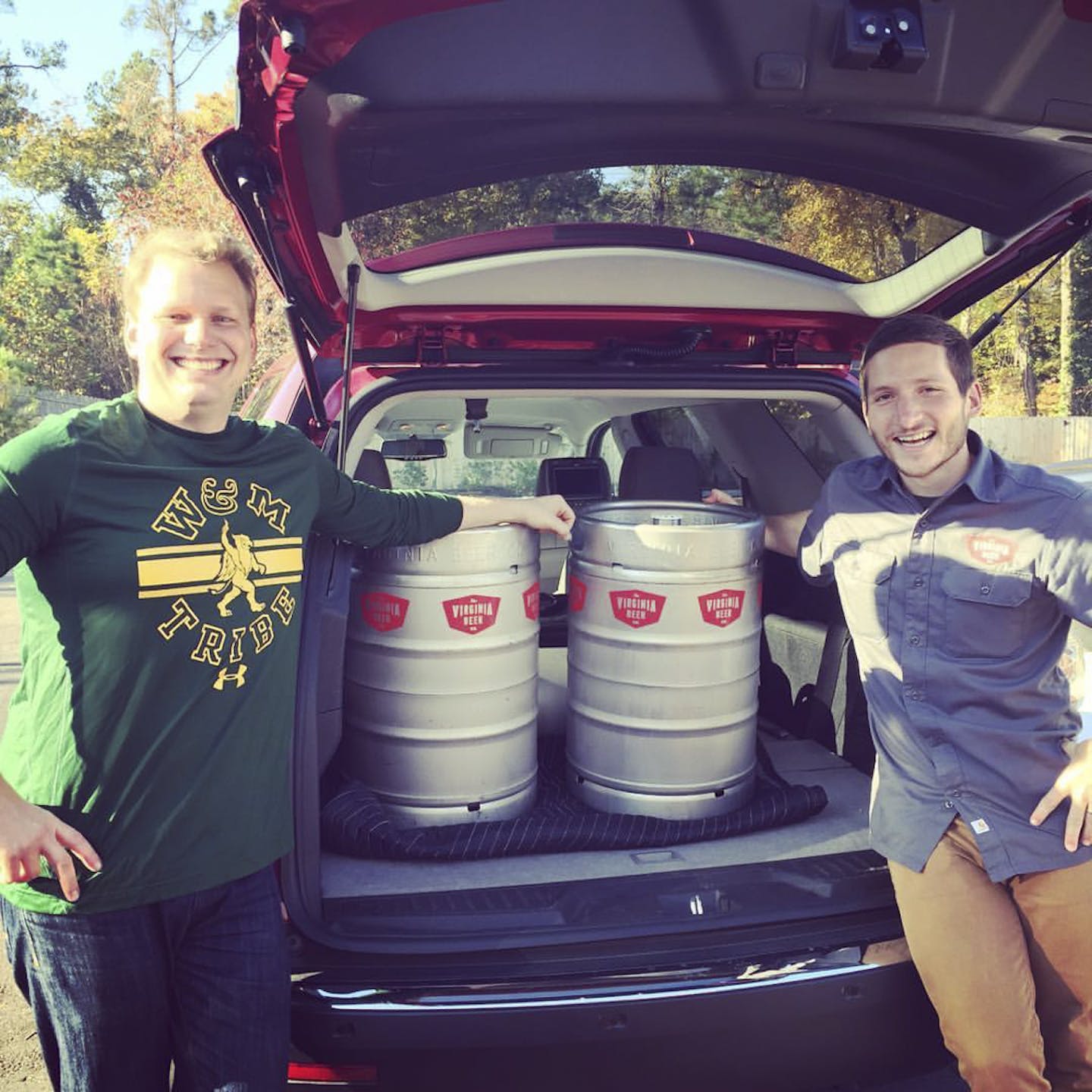 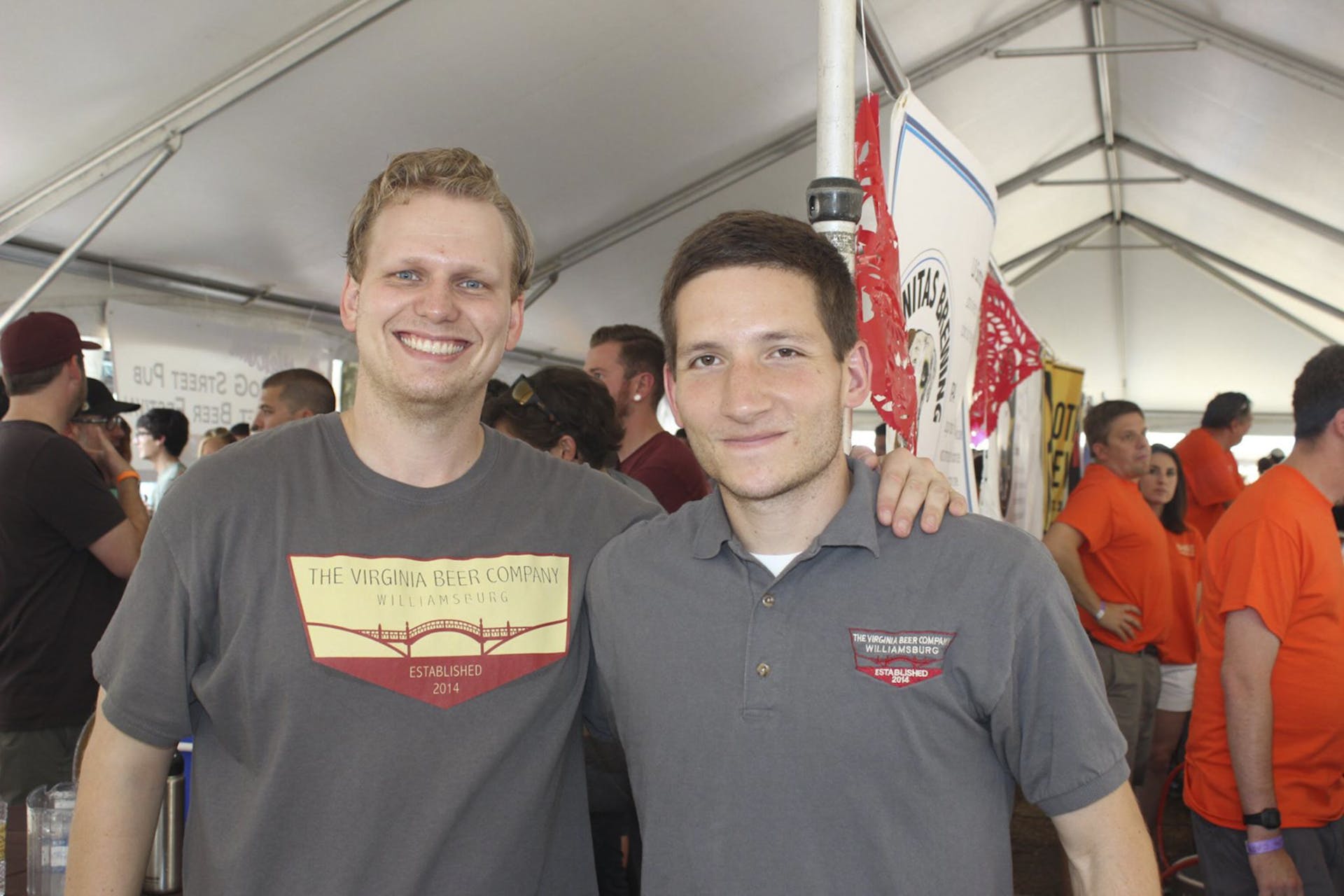 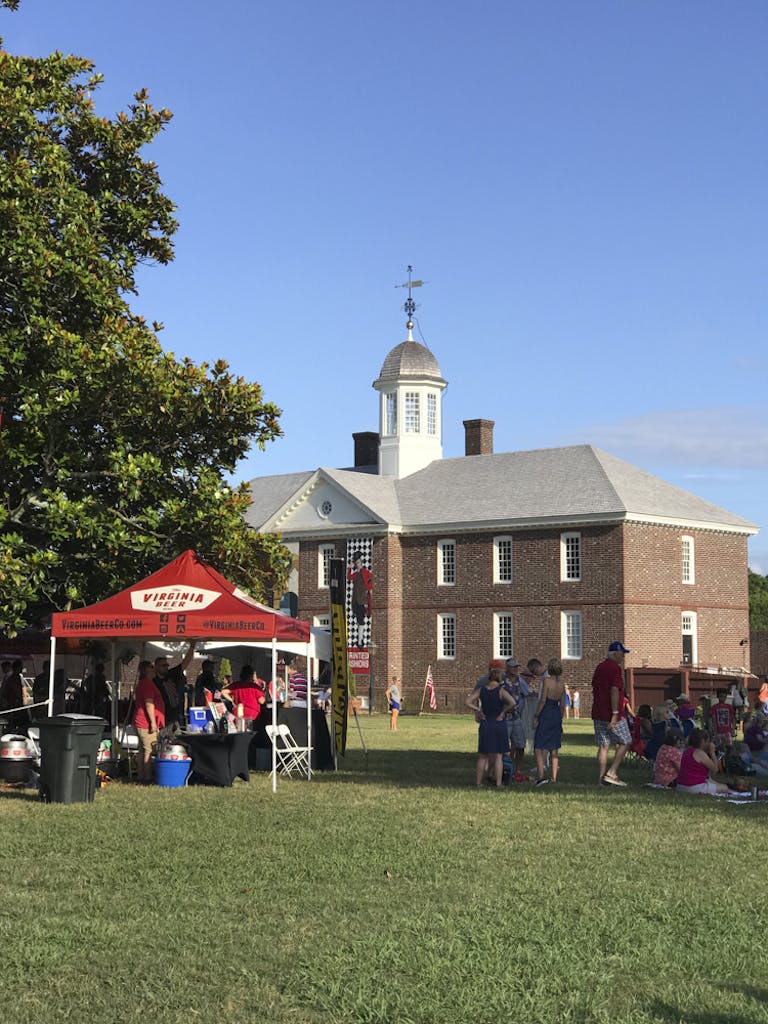 Chris put his background in finance to work with Robby taking point on marketing efforts.  As they drew up plans for Williamsburg’s second microbrewery, they also put a focus on teaming with a brewer who could specialize in helping to create a rotation of high quality recipes right out of the gate. Jonathan joined the Virginia Beer Co. as Brewmaster with a background working at production breweries both large and small, and has since worked to help develop Virginia Beer Co.’s dual 5 barrel and 30 barrel brewing programs.

Not only did Williamsburg represent the town that brought the group together, but its rich history as Virginia’s colonial capital presented an opportune location for The Virginia Beer Company. In March 2016, that became a reality when Virginia Beer Co. opened its taproom & beer garden at 401 Second Street, revitalizing a building originally built in 1960 in what is now known as Williamsburg’s Edge District. With two brewing systems, an in-house lab, and a state-of-the-art canning line, the brewery has since put a focus on quality, creativity, and ever-changing variety.

The beer we brew is only as good as the people with whom we share it.

We use our taproom as a gathering space to support the causes we believe in so we can give back to the community in which we live, brew, and play. As we grow, so does our support of local and national causes. Our diverse team is actively involved with an array of non-profit partners, and we proudly print our company mantra of BEER · PEOPLE · PURPOSE on every can we fill to highlight the positive role we expect to play in Williamsburg and throughout the Commonwealth of Virginia. 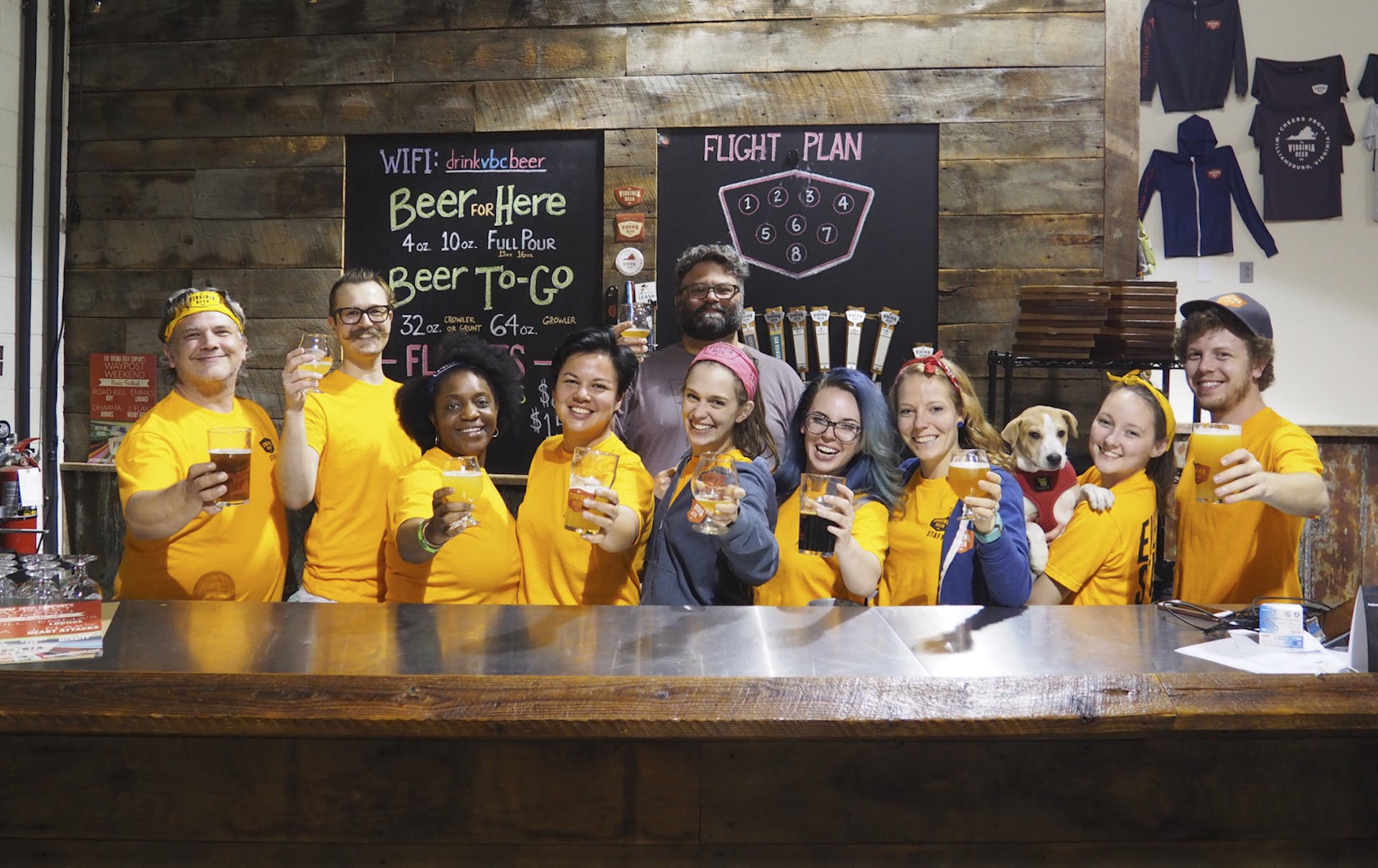 The Virginia Beer Company is proud to have our brews available around the world – including Virginia, New York, the United Kingdom, Europe, Asia, and New Zealand. Whether here on Second Street or anywhere else -- we’re looking forward to sharing a round of beers & cheers with you soon!

Our People
Our Purpose
Explore