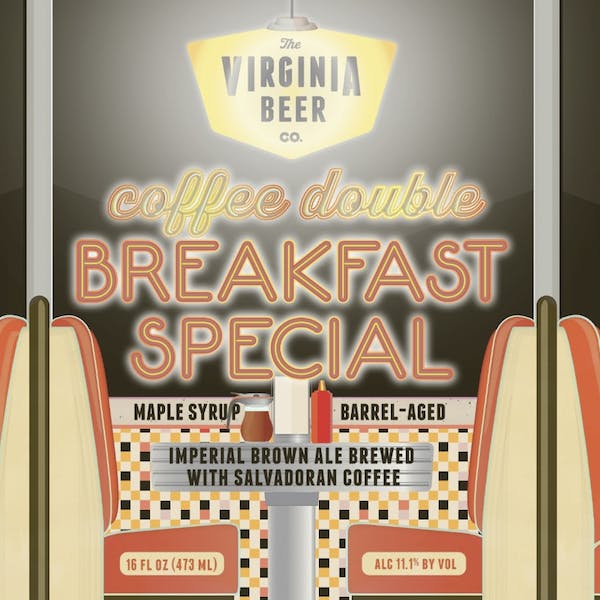 Back in 2014 – well before we had a brewery to call our own – we teamed up with our friends from Twain’s Brewpub & Billiards​ in Decatur, GA to brew Double Breakfast Brown. DBB was an Imperial Brown Ale finished with Maple Syrup and Coffee.

Double Breakfast Special is an homage to the OG VBC collaboration: the base Imperial Brown Ale recipe used for DBB with Maple Syrup added, then amped up with aging for months in ex-BOURBON MAPLE SYRUP BARRELS.

Rich and thick, with just a hint of sweetness, just like the bond between fellow brewers (of beer, coffee, or otherwise). #SeekTheSeal