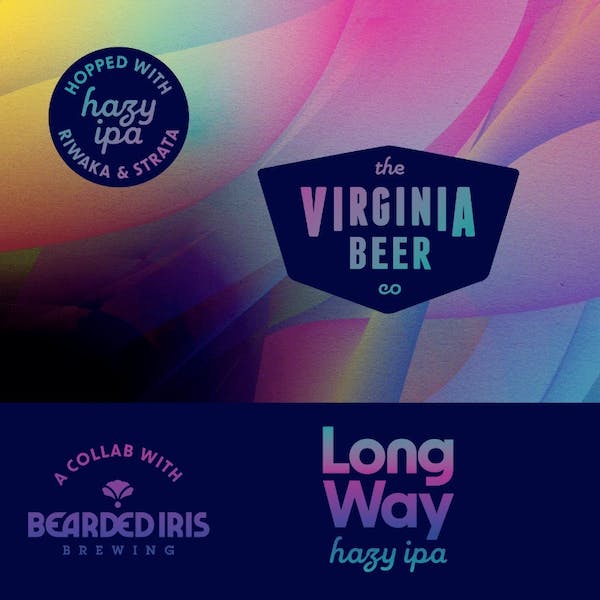 Over the past six years, we’ve enjoyed many adventures in the craft beer world. The same can be said of our brethren at Bearded Iris Brewing, also celebrating six years in ’22. But something that hasn’t happened in those six years: VBC’s Brewmaster (Jonathan N.) and Bearded Iris Brewing’s Co-Founder (Paul V.) brewing together…something they did extensively before helping launch our respective breweries.

Jonathan & Paul shared not only homebrew adventures, but they worked side-by-side at SweetWater Brewing Company before venturing out to put their recipes on taps far & wide. Especially after the trials of the last two years, we were elated to see Jonathan & Paul decide it was finally time to reunite. Last month, they did so here at 401 Second Street to collaborate on not one but two separate recipes.

Long Way is a 6.0% abv Hazy IPA brewed with Strata, then dry-hopped with additional Strata and Riwaka (our first use of this hop variety). Aromatic and absolutely teeming with flavours of freshly sliced sweet fruit & citrus zest, this is a smooth-sipping, dank-finishing India Pale Ale worth savouring (and the perfect pint to celebrate six years and a lifetime of beers & cheers beyond that).

Sometimes the long way ’round yields the best results. We’ve always said that patience pays off, and in this case the Long Way really has.