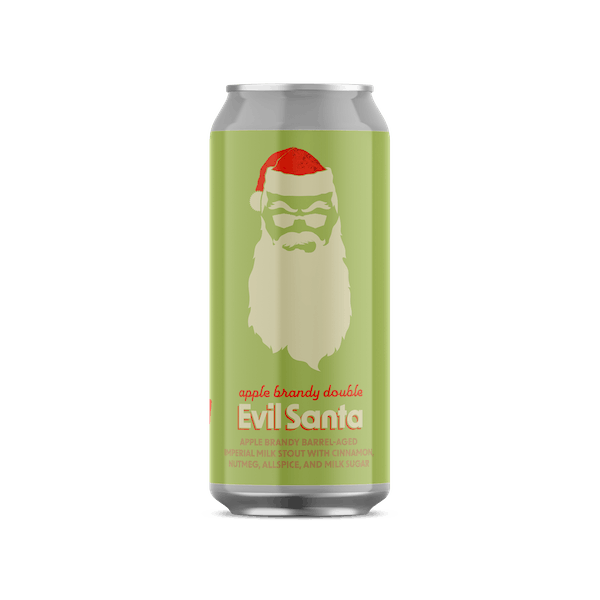 Since 2016, Evil Santa has been coming to town once a year to ring in the holiday season. In celebration of the annual return of this seasonal Spiced Holiday Milk Stout, we ask our jolly friend to stick around for multiple variant releases…culminating in the return of DOUBLE EVIL SANTA on Black Friday.

For only the second time ever, in 2022 we will be releasing a DOUBLE EVIL SANTA VARIANT aged in APPLE BRANDY BARRELS!

Apple Brandy Double Evil Santa is an Imperial Spiced Holiday Milk Stout with a warming 11.3% ABV suited for the coldest of winter nights. A stronger version of Evil Santa, this DOUBLE variant has been aged in Apple Brandy Barrels for nine months. Nutmeg, Cinnamon, and Allspice are complemented by the sweet & creamy notes that arise from extended barrel aging.

After a long year, we all deserve a few more stocking stuffers…and this is definitely what the elves ordered. Limited Draft and 16 oz. cans available beginning on Black Friday!