Within a few months of opening our doors in March 2016 we started putting beer in oak barrels at The Virginia Beer Company.  There’s nothing particularly ground-breaking about barrel-aging high gravity beers. Pretty much every brewery is doing it, and for good reason – the results can be delicious. 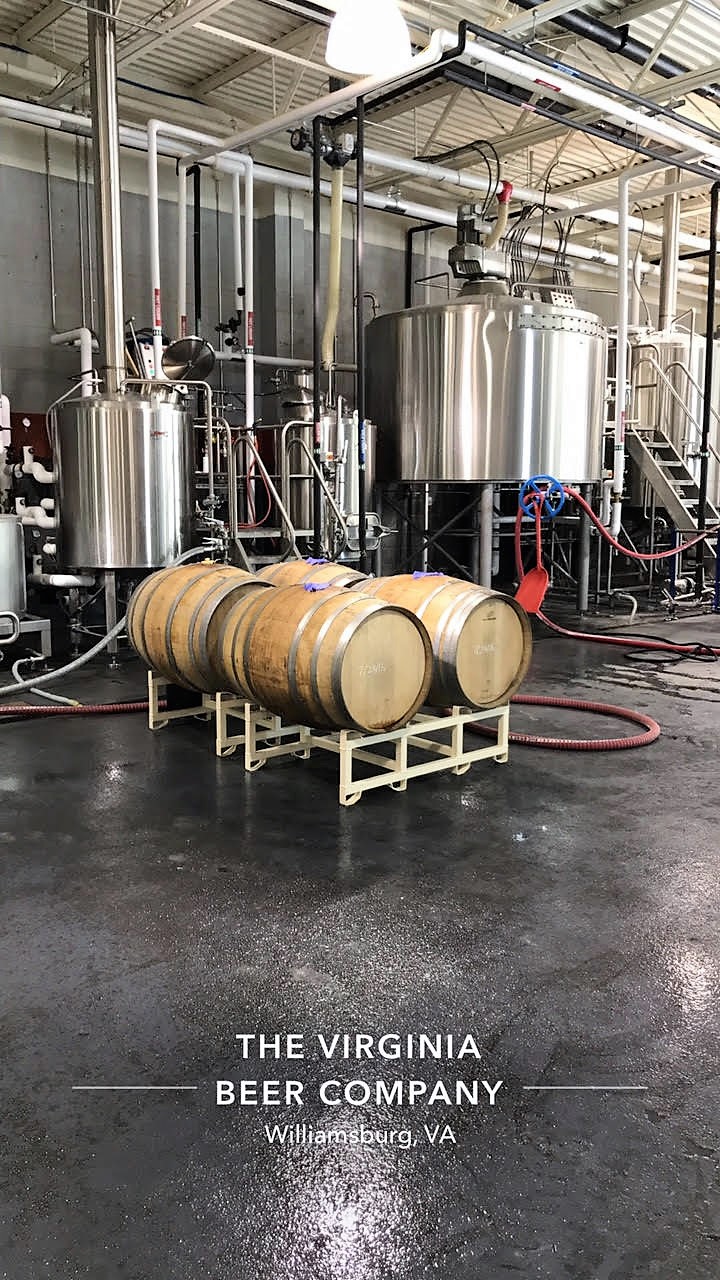 In July 2016 we started the Barrel Fermentation Project.  While most barrel-aged beers are fermented in stainless steel tanks, and then fully fermented beer is racked into oak to age, this project is a little different.  Taking inspiration from old world brewing techniques, the Barrel Fermentation Project fills used wine barrels with freshly cooled wort direct from the brewhouse, completely bypassing the stainless cellar tanks. Once in the barrels the wort for Batch I was inoculated with a variety of yeasts including multiple strains of Brettanomyces, a “wild” Saccharomyces strain, and Saison yeast.

Spontaneous fermentation, this is not, and does not pretend to be. Known cultures were pitched with intention and flavor profiles in mind. That said, there is a definite lack of control involved in this project and that makes it that much more exciting. So much of my day as a brewer is about controlling fermentation – yeast cell counts, fermentation temperature profiles, sanitation, gravity readings, QA/QC lab sampling/incubation, etc. The Barrel Fermentation Project gets rid of most of that regimentation, instead leaving the blend of yeasts to do their own individual thing as they will over time.

This first release is one of my favorite beers that I’ve ever had a hand in producing, and I hope everyone enjoyed it as much as I do. I think it had just the right amount of Brettanomyces fruity funk to complement (but not overpower) the Nelson Sauvin hops and oak character.

Barrel Fermentation II (also brewed in July 2016) has been tasting quite nice out of the barrels. It has since been kegged and bottled, with an infusion of Brett Brux directly into the bottles to add a component of bottle-conditioning to this project. The bottle-conditioning will produce even more of the trademark esters and phenols that often mark a “Brett beer” as funky with hints of tartness.

Entirely approriate to enjoy now or to cellar for a future occasion, look for the bottle releases of Barrel Fermentation II, III, and IV – all blends that have fermented for months in Williamsburg Winery French & American oak red wine barrels. No promises on when Batch V will be ready – time and wild yeast will tell.

Cheers to lack of control and more barrel fermentations!