Once we settled on Williamsburg as our location, our next order of business was to come up with a name for our brewery. On the surface that might sound like a fun, easy task, but I can assure you that it was anything but. We started the discussion in earnest sometime in March of 2012; below you will see emails Robby and I exchanged in April of that year (click to enlarge). 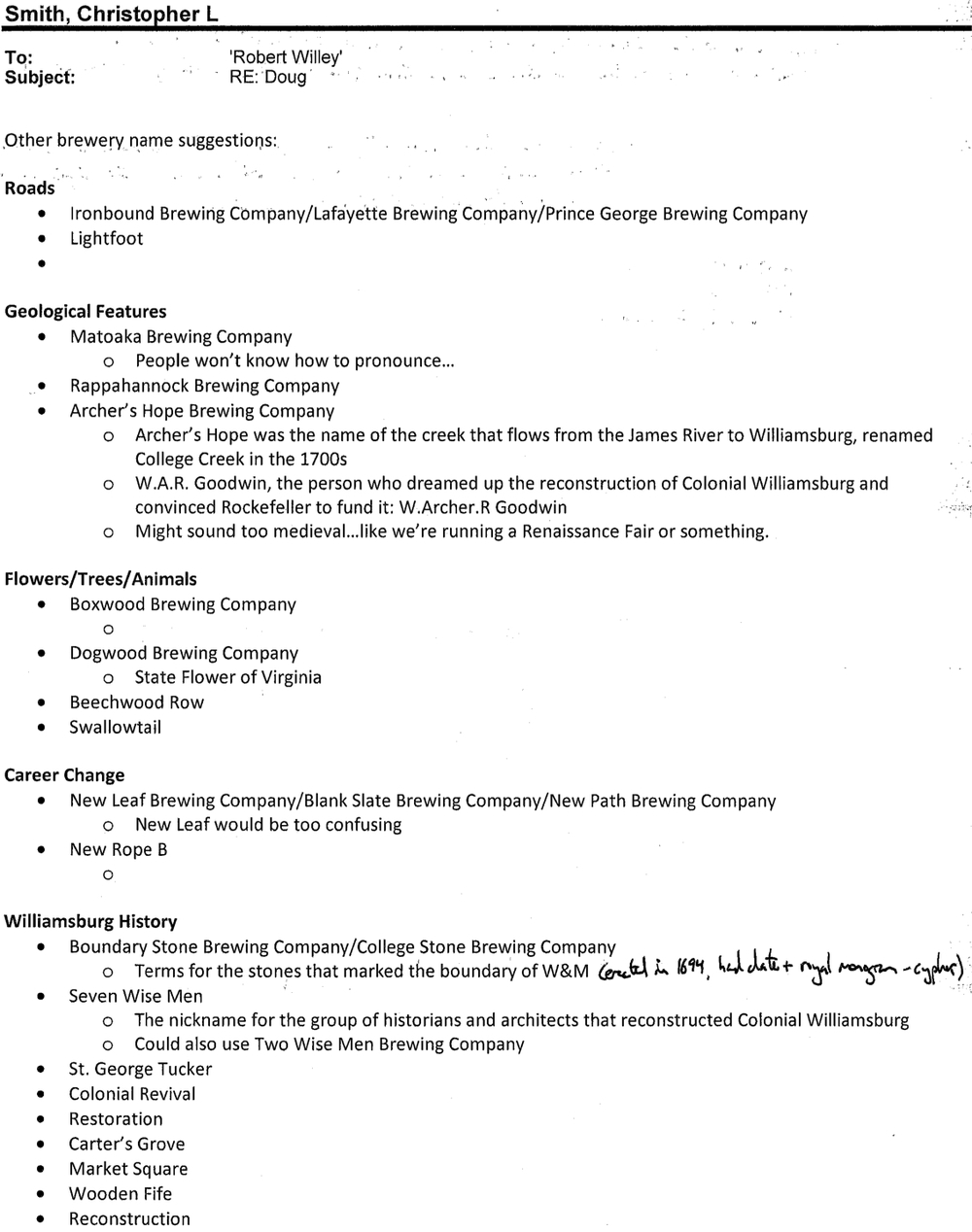 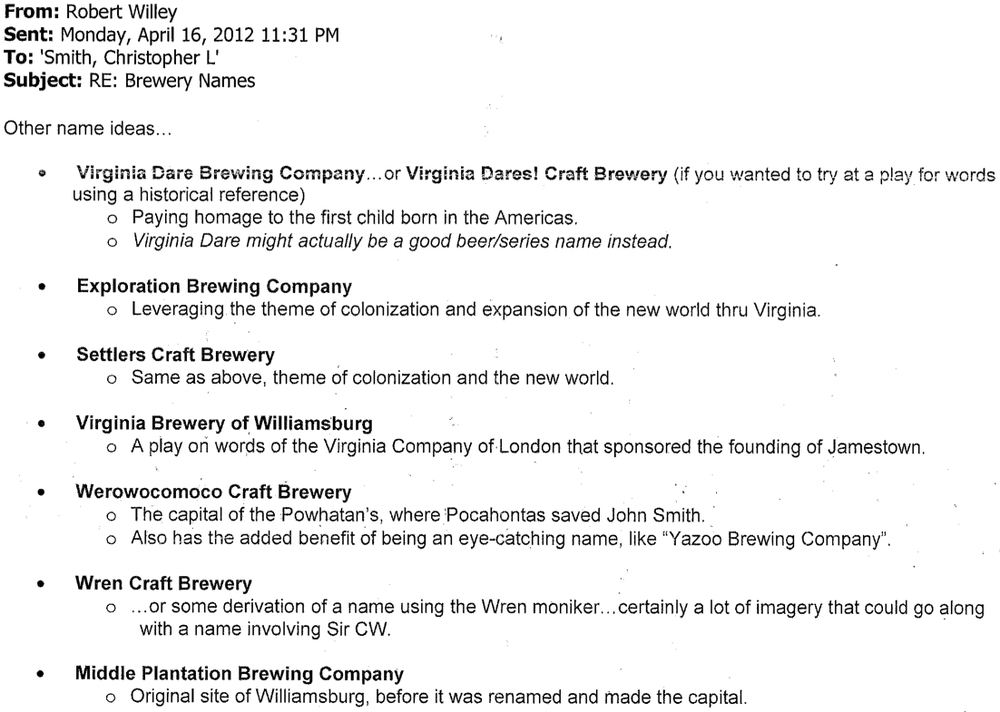 At that time we were both throwing out any idea that popped into our heads. Many of the names we were considering are obviously historical references – they are not in short supply here in Williamsburg! We continued discussing potential names into the early summer without coming to a consensus. Friends and family repeatedly sent us suggestions and voiced their opinions, but despite our best efforts we never managed to settle on a name. In July of 2012 we both decided that Liberty Tree Brewing Company had potential and began soliciting feedback. Below is a scan of my wife’s list of potential brewery names from around that time (note the Liberty Tree logo doodles).

The response to Liberty Tree Brewing Company was somewhat mixed, and after conducting more research we discovered that two newly-opened breweries in Virginia (one in Richmond, one in Norfolk) were already using a tree as their main logo. Back to the drawing board!

Robby and I spent a lot of time thinking about existing craft breweries and how we perceived their brewery and their products based solely on the name they had selected. We decided that having the name immediately convey a sense of place was really important to both of us. Most people associate the term terroir with wine, but the idea certainly applies to beer as well. We also thought about how we ordered beer during our travels around the country. We always wanted to try local flavors but the origin of the beer was often unclear. While we liked the imagery associated with names like Liberty Tree Brewing Company and Gallant Ghost Brewing Company, neither one necessarily screams Virginia!

The Virginia Beer Company isn’t listed in any of the emails or lists that were exchanged between March and August of 2012. It seems like such an obvious choice now, but at the time we had spent five months reviewing potential names without ever considering it. No one’s quite sure who mentioned the name first, but once it infiltrated our minds there was no other choice. A quick search of the federal trademark registry and the Virginia State Corporation Commission registry confirmed (rather surprisingly!) that the name was available for use. We immediately solicited feedback from family and friends, receiving nothing but positive reviews. A few hours of paperwork and $100 later, The Virginia Beer Company was officially born as a limited liability company in the Commonwealth of Virginia!