The start of December rings in the holidays, and the Virginia Beer Co. is working with community partners to highlight that the holidays are a time for giving back. “When we decided to open Virginia Beer Co. we knew that we wanted it to be a force for good in the form of a brewery,” says VBC Co-Founder Chris Smith. “We take our company mantra of Beer · People · Purpose to heart…it’s at the core of our business.”

Starting on Wednesday, December 5th, the brewery will be teaming with various community partners on three different holiday fundraisers throughout the first week of December to kick off the giving season. The first is the Ales for Avalon Holiday Fundraiser. Virginia Beer Co. will host the Avalon Center on Wednesday, December 5th from 5-9 pm. Attendees can learn about Avalon’s mission to end domestic and sexual violence, and donations of cleaning products & non-perishable goods will be accepted in exchange for raffle tickets for prizes from area businesses. 10% of all sales at the brewery that night will be donated to Avalon. Two Drummers Offbeat Eats will also be on-site. 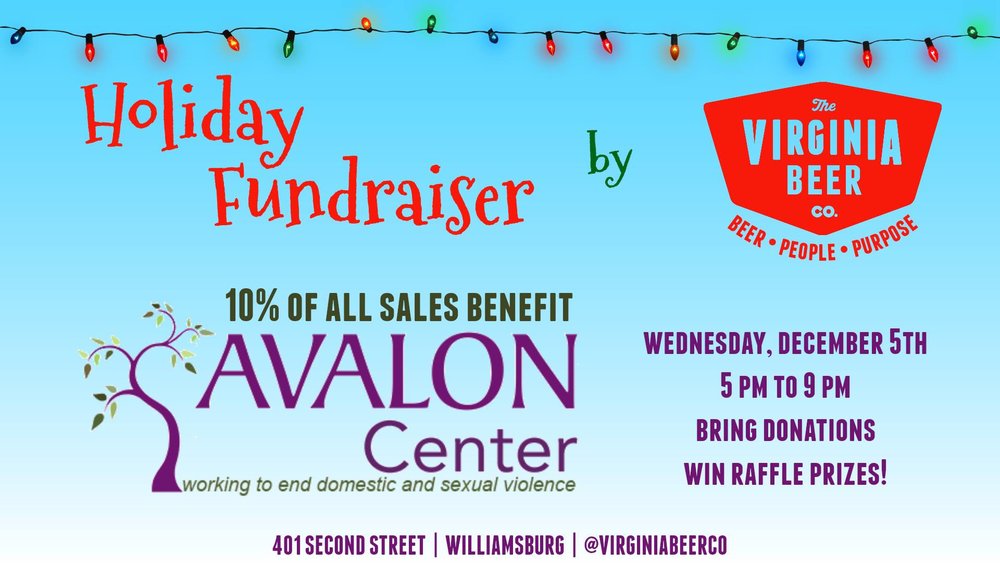 The second event is being hosted at DoG Street Pub on Thursday, December 6th from 5-9 pm. To celebrate the release of Virginia Beer Co.’s holiday Spiced Milk Stout, Evil Santa, DoG Street Pub is hosting a tap takeover pint night to support Toys For Tots. There will be three Evil Santa variants on draft at the Pub, and their chefs will be offering a Virginia Beer Co. slider pairing and a Christmas cookie decorating contest. Guests who bring in a new & unwrapped toy for Toys For Tots will be eligible to receive an Evil Santa / DoG Street Pub logo pint glass, available exclusively at Thursday’s toy drive.

The third event of the week will be held on Saturday, December 8th back at the brewery. Handmade Holiday: A Christmas Craft Fair is VBC’s third artisan market, this time in conjunction with Williamsburg’s own Made, Co. who have gathered 10 creators for a day of supporting local. From 12-6 pm, guests can shop small along with a make-your-own ornament station for kids and a gift wrapping station. Proceeds from the gift wrapping station will benefit Wings of Refuge, a non-profit that offers aid to underprivileged children in Haiti. Matchsticks BBQ Co. will also be on-site, and there will be live music from 2-5 pm.

Co-Founder Robby Willey: “We work year-round to stay engaged in the community in which we live, brew, and play. It’s important to everyone at VBC that we get involved and give back in as many ways as we can, and it’s especially important at this time of year. We’re excited to start the holiday season by sharing the spirit of giving to support our community partners!”

More information about the brewery’s events can be found at: 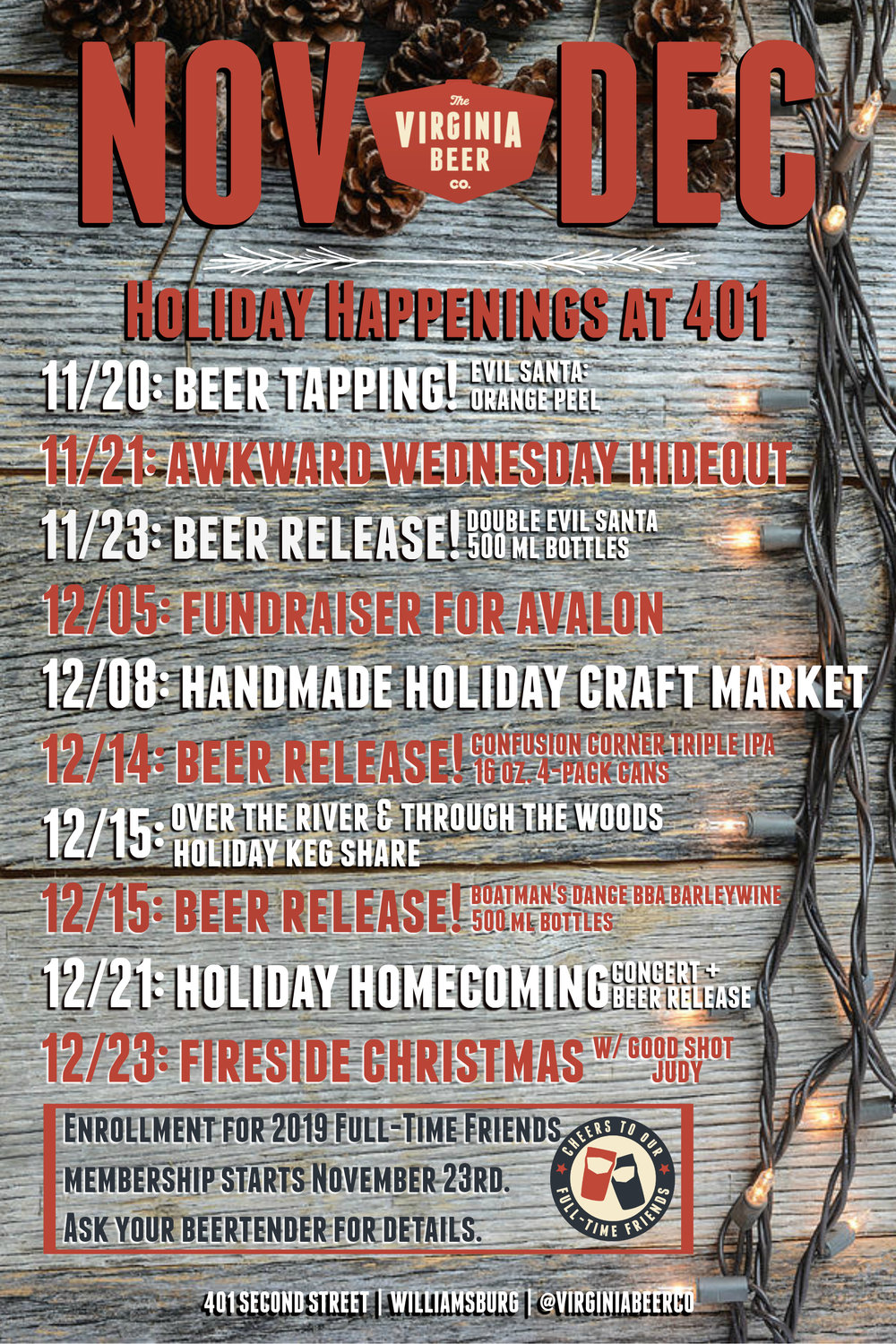 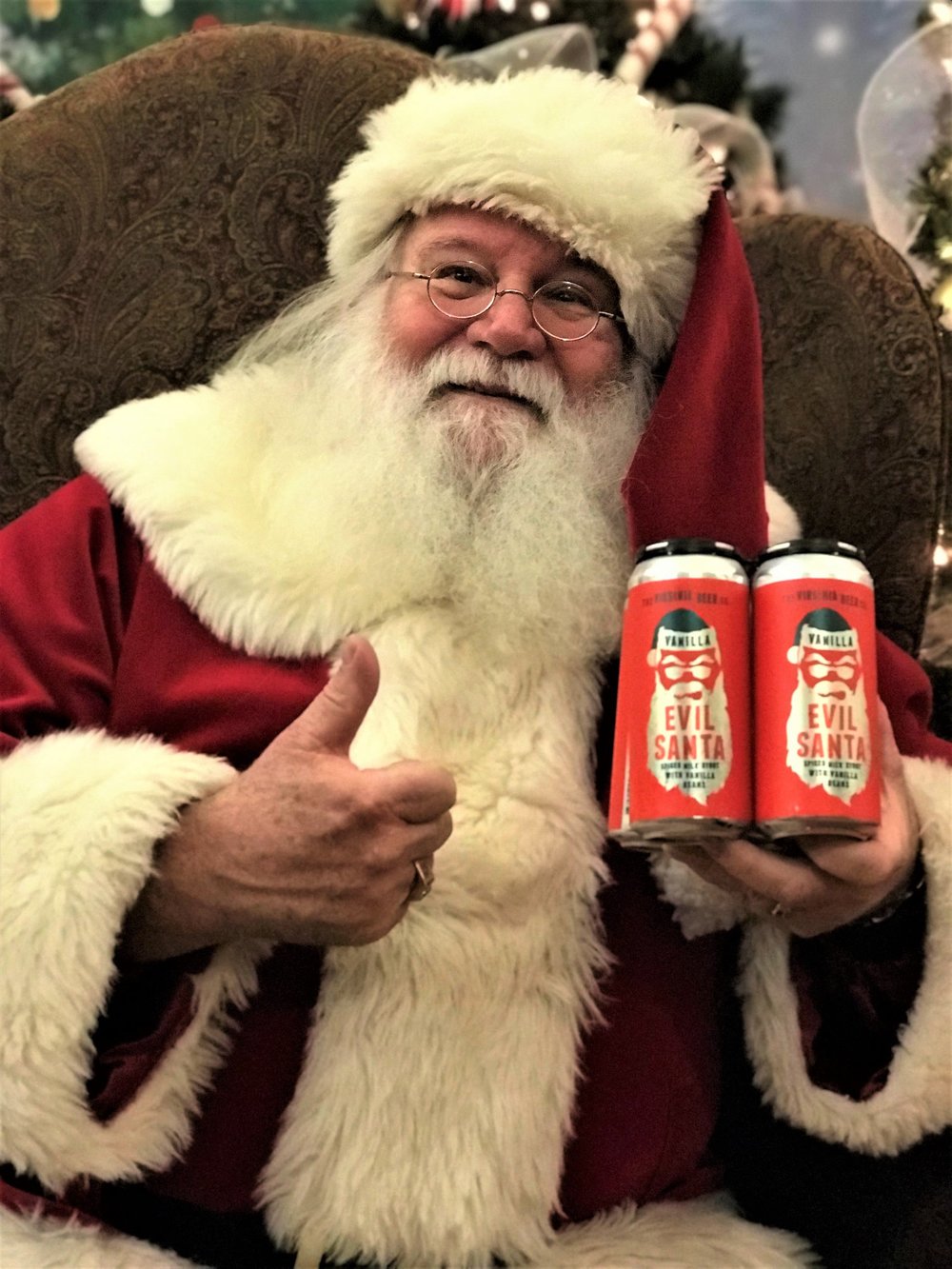