This holiday season, The Virginia Beer Company ushers in the 6th annual release of its Evil Santa series of Spiced Milk Stouts.

“We’ve seen the Evil Santa lineup grow from one offering in 2016 to a family of offerings in 2021,” recollects VBC Co-Founder Robby Willey. “We’ve brewed 11 variants of Evil Santa since 2016, plus numerous ‘brite keg’ one-offs that are tapped throughout the holiday season.”

In 2020, Evil Santa also went international with deliveries to folks on the Nice List in Japan, the Netherlands, France, and the UK. This year, Double Chocolate Espresso variant was actually developed specifically for an importer out of the UK.

Notes Michael Rhodes: “Evil Santa has become one of our most sought after releases of the year, so we’ve really leaned into the festive nature of the beer with our own Santa costume, Evil Santa scented candles, Evil Santa ornaments, and Evil Santa glassware. We have seen demand/interest/sales for Evil Santa increase annually since our first batch back in 2016. We’ve brewed more variants and more volume each year since that first batch, and distributed the beer farther & wider every year since 2016, for which we are very grateful!”

All of the brewery’s Evil Santa releases tie in with an annual food & goods drive for the Williamsburg House of Mercy, holiday music pop-ups throughout December, and an “Evil SantaCon” coming to the brewery’s taproom and beer garden on Saturday, 12/18/2021. 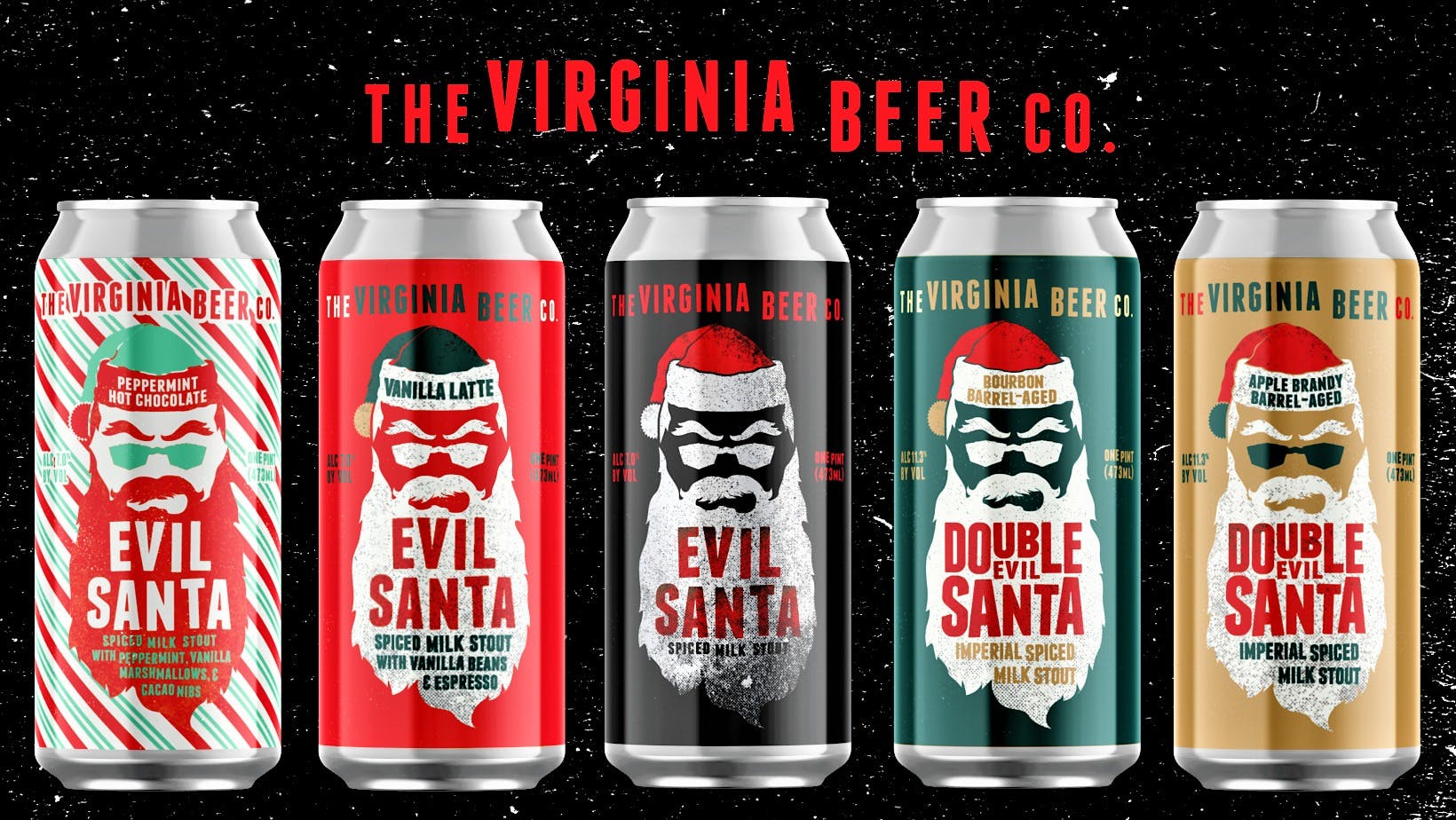