Just ahead of the brewery’s fourth anniversary, Williamsburg’s Virginia Beer Co. (VBC) is once again setting sail for international waters.

“Pretty much since opening in 2016, we’ve been pursuing international markets as a way to showcase the brewing scene in Williamsburg with an entire world of craft beer fans,” comments VBC Co-Founder Chris Smith. “In 2019, we actively exported beer to France, the Netherlands, and Japan, and we also finalized a contract with a UK importer.”

Working closely with the Virginia Department of Agriculture & Consumer Services (VDACS), the Virginia Beer Co. has been awarded multiple State Trade Expansion Program (STEP) Grants, allowing brewery representatives to attend the Craft Beer Rising festival in London for two straight years, as well as the American Craft Beer Experience in Tokyo for the first time in 2019.

“We were also approved as members of the Virginia Economic Development Partnership’s Regional Export Program in 2019. The program provides assistance to be used for export marketing and development. With these STEP funds and the Regional Export Program we plan to continue regular shipments to Japan and the Netherlands, add regular shipments to the UK, and potentially add one or two new markets (we are in discussions with importers in South Korea, Italy, and British Columbia at the moment),” notes Chris Smith.

Co-Founder Chris Smith recently returned from an appearance at the Food & Beer Attraction in Remini, Italy, meeting with importers and working with the Brewers Association (BA) to showcase food and beer pairings as part of the BA’s Export Development Program. The BA is a trade association representing small and independently owned breweries.

“In addition to showcasing our beer across the globe, another major benefit of being members of the BA’s Export Development Program (EDP) is that we get to participate in international competitions,” remarked Chris Smith. “In 2019 we received awards for Elbow Patches Oatmeal Stout at the Australian International Beer Awards, the Brussels Beer Challenge, and the International Beer Cup in Japan (following a Silver for the recipe at the European Beer Star competition in 2018). Saving Daylight Citrus Wheat was also awarded a Gold Medal at Japan’s International Beer Cup.”

Next up, the Virginia Beer Co. will be returning to the UK for the third straight year for BrewLDN (a new version of the Craft Beer Rising festival). This year’s trip will include multiple tap takeovers featuring the brewery’s flagship recipes and select small batch offerings at craft beer focused bars in and around London. In addition, VBC will be pouring their beers as part of the VDACS trade mission at BrewLDN and the Brewers Association’s own EDP showcase during the festival. The brewery also anticipates a return to Tokyo in November for their second American Craft Beer Experience. 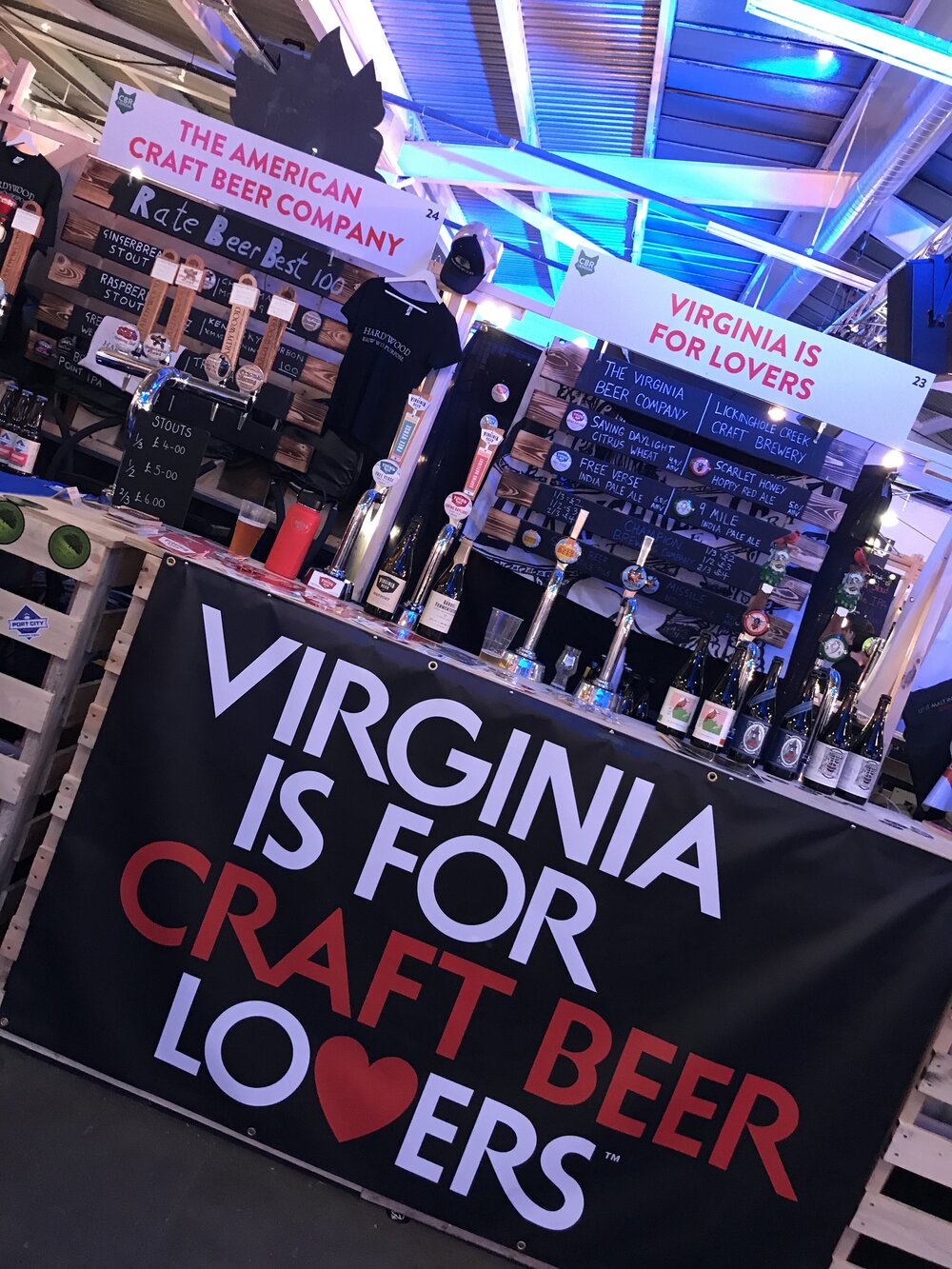 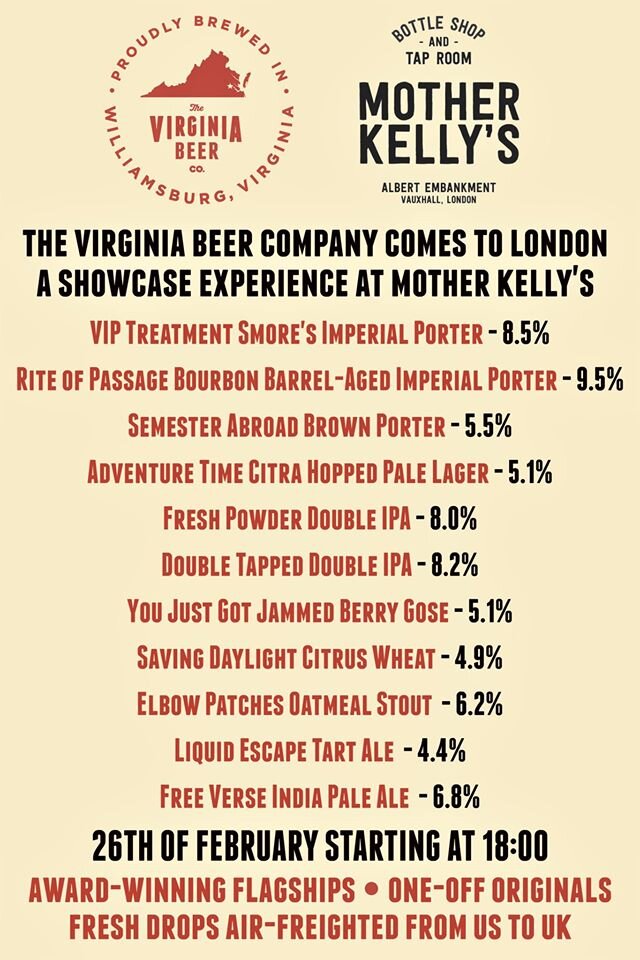 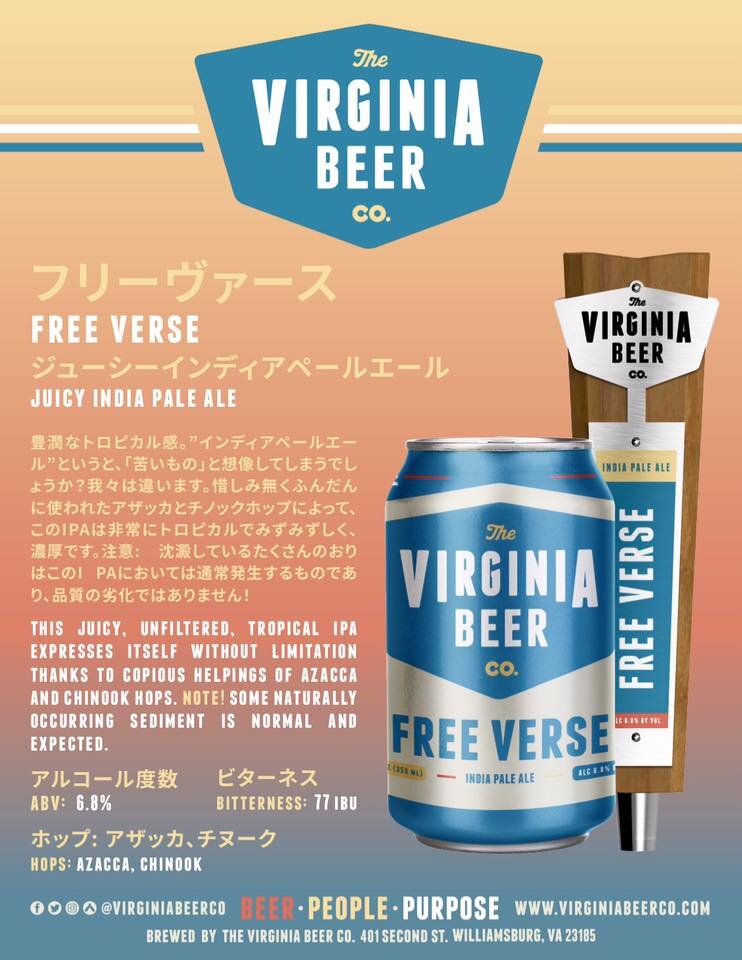 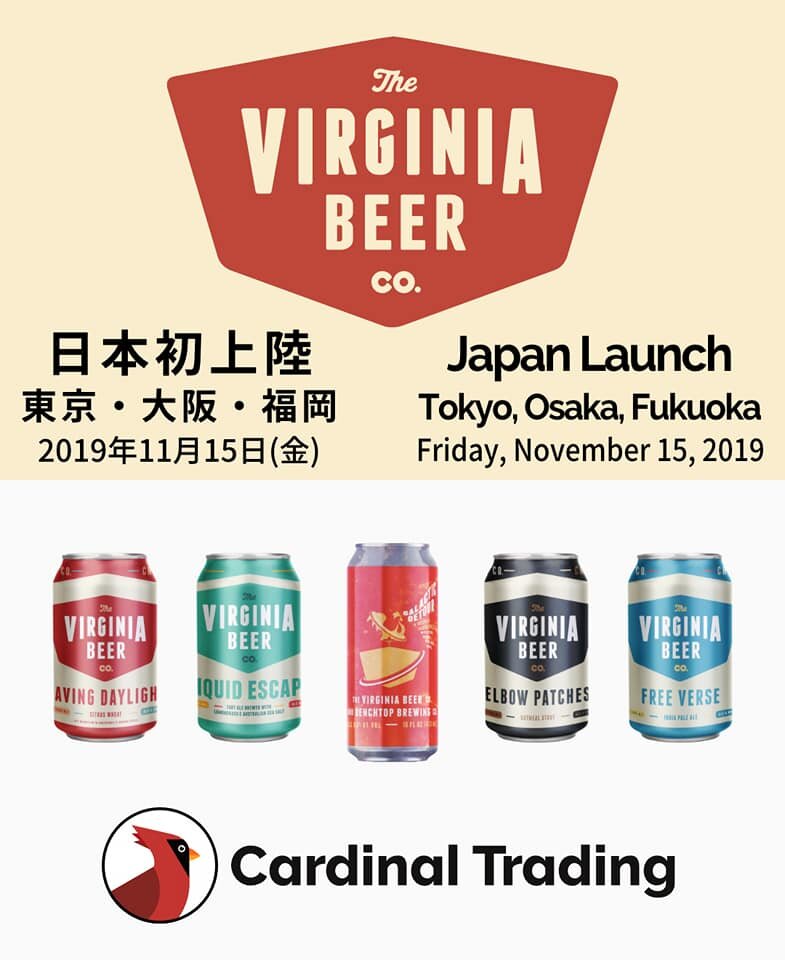 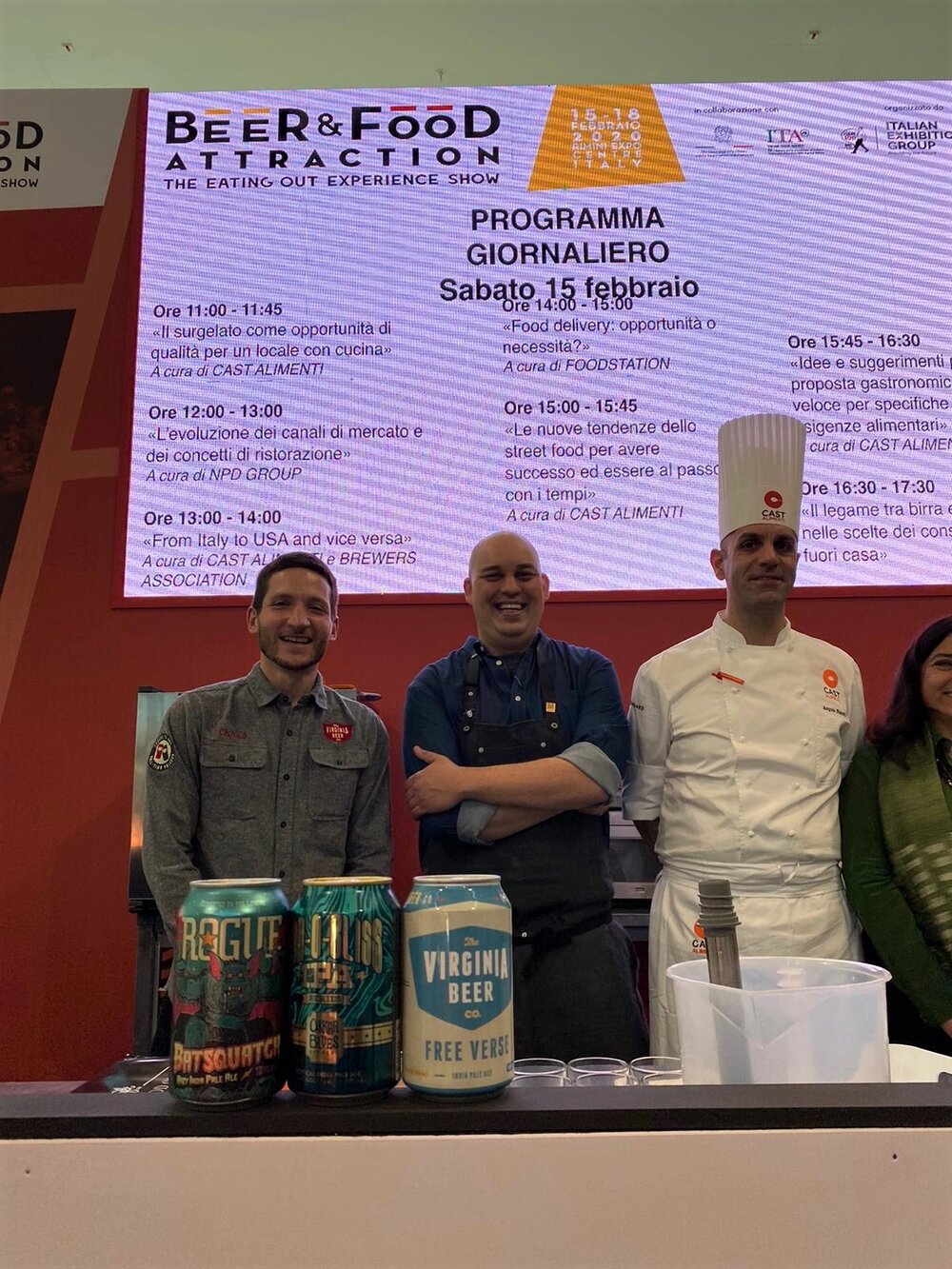