The long-awaited 16 oz. Can Debut of Wet Powder Double IPA will finally grace the Taproom at 401 Second Street.

Wet Powder is a wet-hopped version of Fresh Powder 100% Citra Double IPA, brewed during harvest season with whole cone Citra hops that were flown in overnight by the Virginia Beer Co.’s hops providers at Yakima Chief in the Pacific Northwest. These “wet” hops are then used the moment they arrive to create an incredibly fresh-tasting Double IPA bursting with juicy Citra flavor and prominent hop aromas.

“We missed the Wet Powder release last year due to hurricanes that caused delays in our fresh hops shipments,” recollected Virginia Beer Co. Co-Founder, Robby Willey. “Overnight Sensation Strong Ale was the result of the original Wet Powder brew day (we had a boil ready to go that never received the fresh hops it needed)…so a malt bomb was brewed instead of the expected hop bomb!”

“And we were compensated for the troubles last year with a different shipment of fresh hops,” recalls Virginia Beer Co.’s Assistant Taproom Manager, Courtenay Motley. “Alas no Citra was available by the time the hurricanes passed, so that led to In The Moment Double IPA brewed with freshly plucked whole cone Mosaic.”

“We get one chance at a wet-hopped beer during harvest season. While we were happy to ad lib last year with In The Moment, Wet Powder has been one of our longest running ideas we’ve had ever since brewing Fresh Powder in 2017. We’re excited to see it finally come to reality,” says Co-Founder Robby Willey.

Needless to say that Wet Powder Double IPA has been years in the making, even though it hinges on one overnight delivery of freshly harvested hops to make it happen. This Taproom Exclusive, small batch DIPA will be available while fresh on tap and in 4-packs of 16 oz. cans at The Virginia Beer Company beginning in early October. 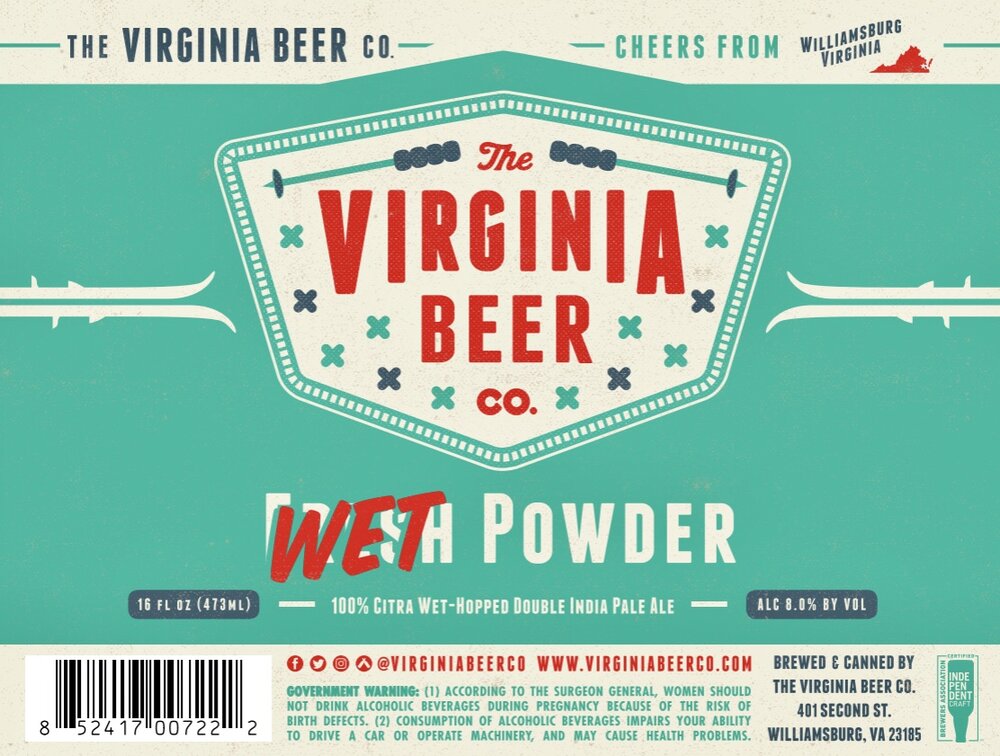