VBC Supports Breast Cancer Awareness with Here For The Girls

WILLIAMSBURG, Va. – October 15, 2022 – On Saturday, The Virginia Beer Company (VBC) released Here For The Girls (H4TG), brewed in support of the non-profit organization of the same name.

This is the second time the organizations have collaborated on a beer in honor of Breast Cancer Awareness Month, although the two have been partners since 2016 as the mission of Here For The Girls is an extremely personal one to the VBC family.

“Here For The Girls is a fantastic organization with a goal of improving the lives of young women affected by breast cancer, specifically those who are diagnosed under the age of 51,” said Robby Willey, co-founder, VBC. “My mother lost her battle with breast cancer in 2013, when she was just 65 years old, so the mission of Here For The Girls really resonates with me and the deeply personal experience my family had with this disease.”

In addition to funds raised during release festivities in the taproom over the weekend, twenty percent of the gross proceeds from the sale of this year’s release will go to Here For The Girls, Inc. The release will be attended by members of the H4TG organization, with a weekend of live music, food trucks, and H4TG-inspired merchandise for sale to help raise awareness of Breast Cancer Awareness Month.

This year’s version of the beer itself (a recipe that changes annually) will be a Raspberry Wheat Ale, which is an exciting prospect for many of the VBC staff.

“A Raspberry Wheat Ale was one of my introductions to craft beer,” continued Willey. “In many ways it’s a comfort beer, best shared with friends and family. We were fortunate to have H4TG staff on site for both the brew day and canning run, so it all just feels right for this collaboration.” 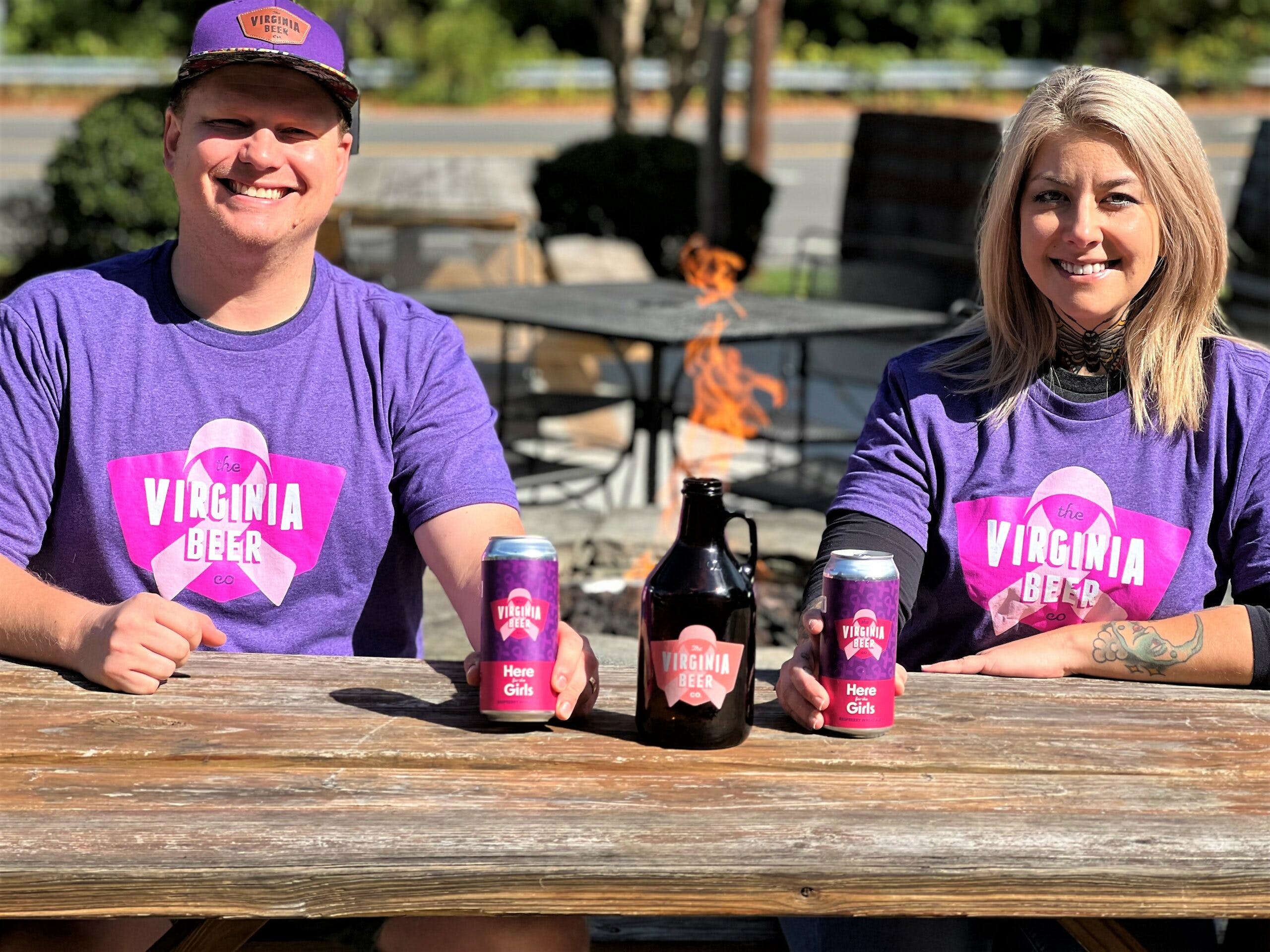