When The Virginia Beer Company’s management team made the executive decision on 3/16/2020 to close their taproom and shift entirely to curbside to-go operations, there was no precedent for how to plan for the future of the business. But one focus remained clear: do everything possible to keep every member of the Virginia Beer Co. team on the payroll.

“Once we got curbside takeaway operations established, our next focus was on coming out with as many can releases as possible to keep the ‘brew-thru’ refreshed. Our brewers had plenty to do on that front, but curbside ops didn’t demand as many hours for our front-of-house crew,” reflects Virginia Beer Co. Taproom Manager & Business Developer Luci Legaspi. “We had to brainstorm how to keep our team’s hours up without a taproom – so deep cleans, improvement projects, and renovations became a big part of our weekly routines.” 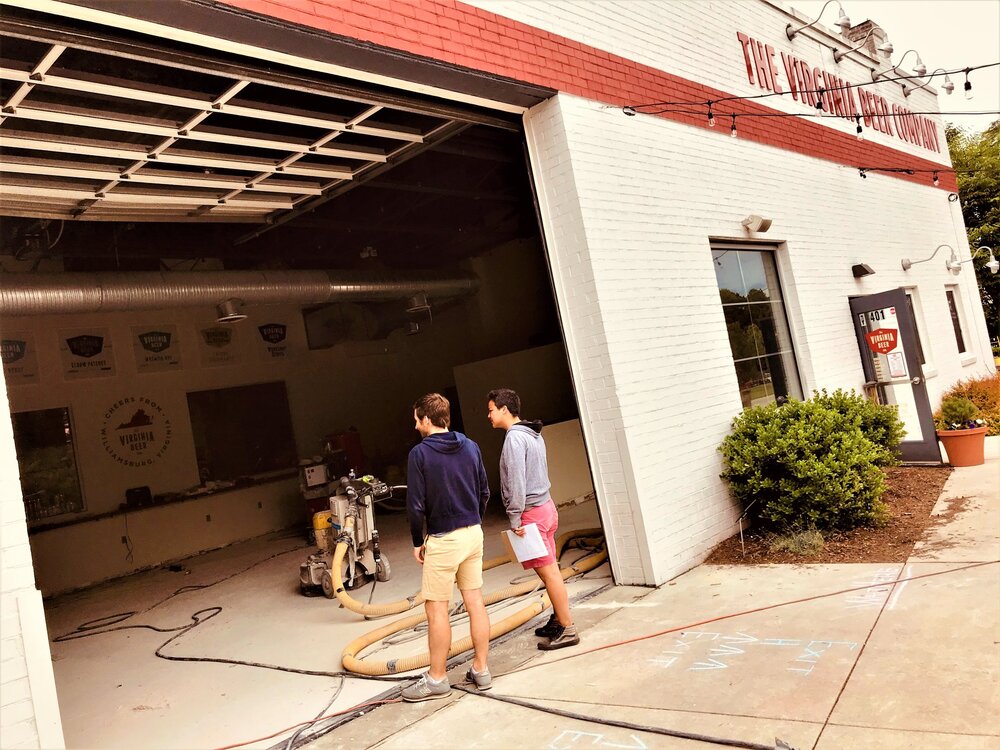 The Virginia Beer Co.’s taproom floor is reconstructed during Summer 2020.

What started as an internal effort utilizing the skillsets of various Taproom Team members has turned into a complete overhaul of The Virginia Beer Company’s 10,000 sq. ft. space. From rejuvenating tables and chairs with fresh finishes to building new wooden stage platforms for future live performances, and erecting fixtures to string lights in the beer garden, the Virginia Beer Co. team worked together to begin touching up normally bustling taproom & beer garden spaces that were suddenly closed to the public.

“Our rationale was that not only did we want to keep our teams busy & engaged, but we wanted to make sure our brewery experience was even better than our guests remembered when it was safe to host them again,” comments Virginia Beer Co. Co-Founder Robby Willey. “Our building was built in 1960 and the brewery opened in 2016, so this was as good a time as any to reinvest in our home.”

As do-it-yourself projects were completed and the atmosphere allowed for limited on-premise service in the brewery’s 2,000 sq. ft. beer garden, The Virginia Beer Company’s management team decided to keep ongoing renovations as a major focus. As long as limited service of some kind was still a part of the new reality during the latter half of 2020, the brewery was committed to getting its space ready to welcome everyone back in an even bigger & better way in the future. 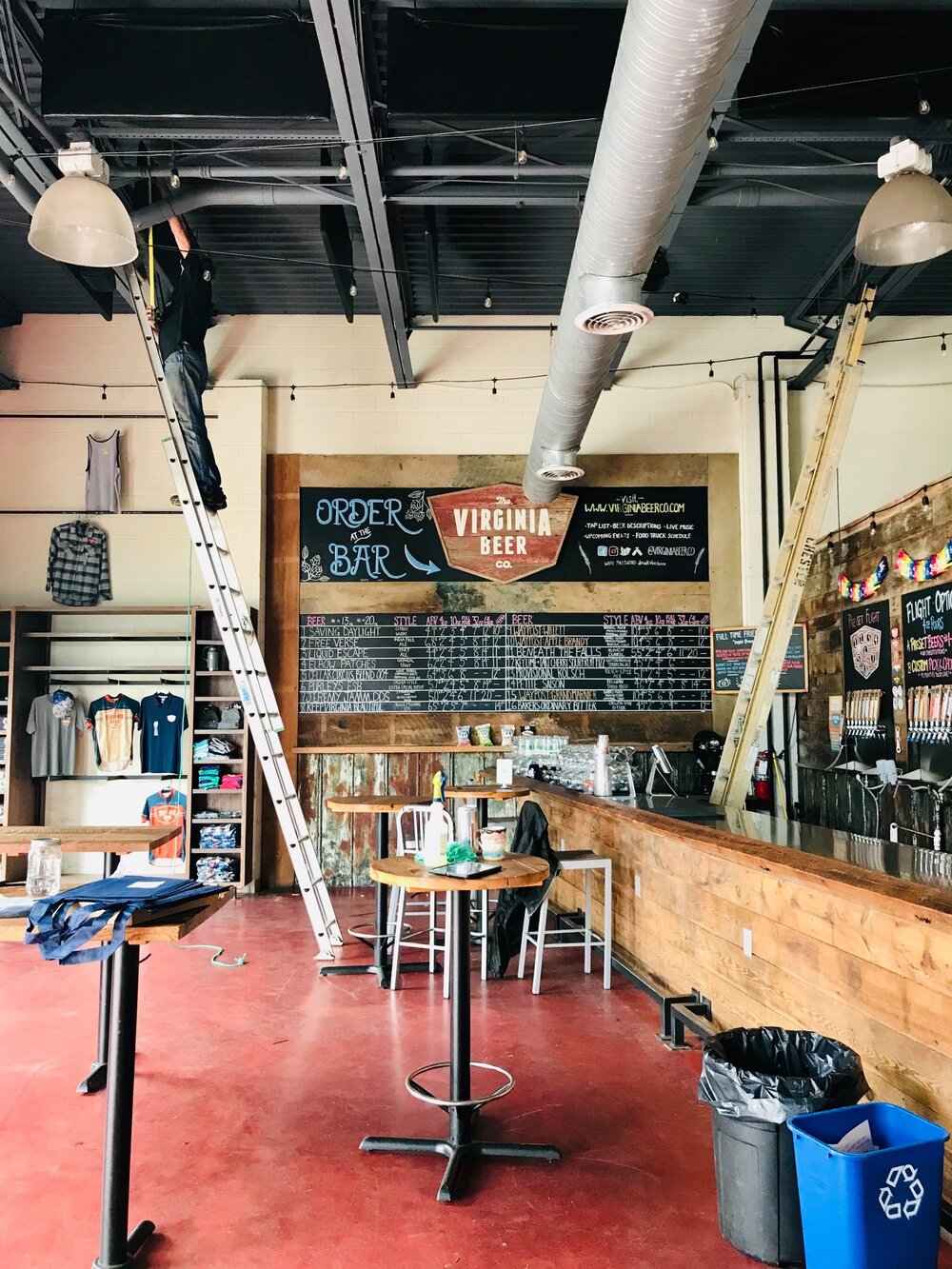 “We’ve had a growing wish list of things we’d like to do with our taproom in particular,” notes VBC Co-Founder Chris Smith. “We were fortunate to receive an immense amount of community outreach and support during our curbside-only operational phase…so not only were we able to keep our entire team working together, but we’ve more confidently been able to focus on how to reinvest in our space while we can’t fully utilize it.”

In all, projects completed during 2020 included:

·      Touchless amenities added to doors and in all restrooms 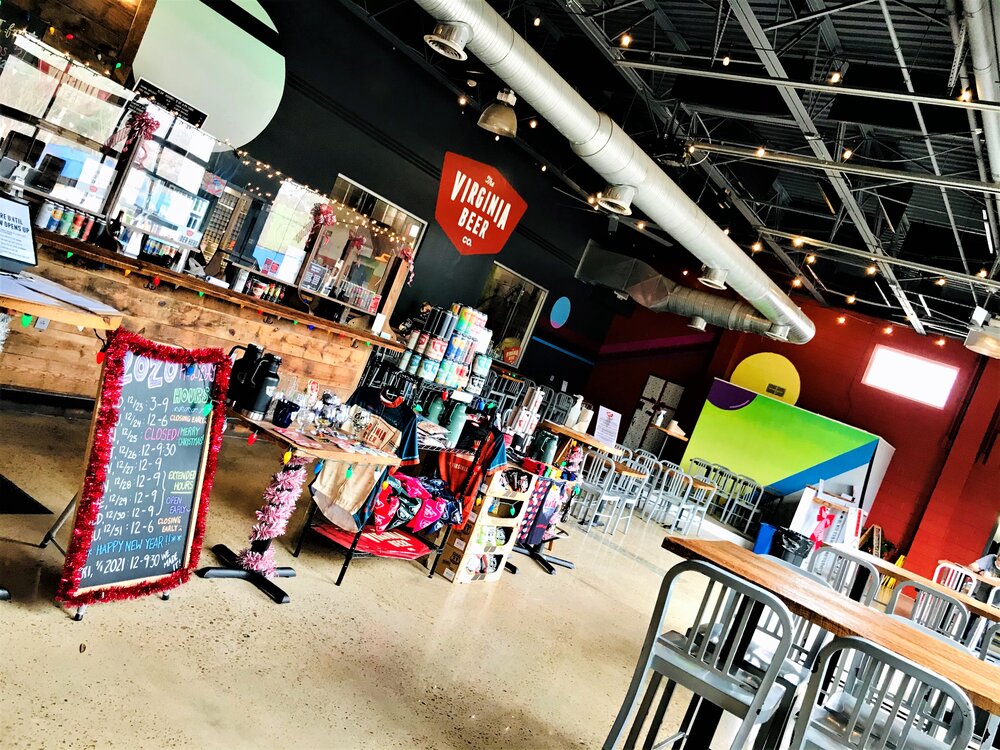 “What began as a few in-house projects really blossomed into a complete rejuvenation and expansion of our existing public spaces,” reflects Luci L. “The flooring project was by far the biggest undertaking – completely removing the former top coat of the floor and cutting down to the original composite to create a more colorful foundation that’s also better suited for wear & tear going forward. And the most exciting project was the taproom mural!”

During the 2020 holiday season, The Virginia Beer Company teamed up with a muralist out of Richmond, VA known as The Night Owl to completely re-envision the visual identity of their 2,000 sq. ft. taproom.

“We went from very broad strokes color schemes – red floors with white walls – to wanting to incorporate five years of can releases, visual graphics, and personal experiences into our taproom,” says Chris S. “We’ve incorporated shapes, colors, and imagery from our logos and our history of recipes (with a healthy dose of input from our team) to add a ton of life to our walls that better complement the story developing here on Second Street.”

The Virginia Beer Company continues to operate at reduced capacity in adherence with protocols put in place by the Commonwealth of Virginia and best practices recommended by the Virginia Craft Brewers Guild. As the brewery maintains safe operations and continues to focus on retaining 100% of its staff, a commitment to doubling down on the ability to share even more rounds in the future is a top priority in 2021.

“In our efforts to maintain social distancing we’ve already expanded our service areas in the taproom and beer garden, so it’s a natural progression that if we’re adding more space for our guests we need to make the new experience flow for a future when we’re back to 100% capacity,” says Luci L. “We’re doing our best to make the public-facing spaces as safe as possible while remaining engaging. People have been really excited to see the ongoing additions, and the work coincides nicely with our upcoming 5-year anniversary in March.” 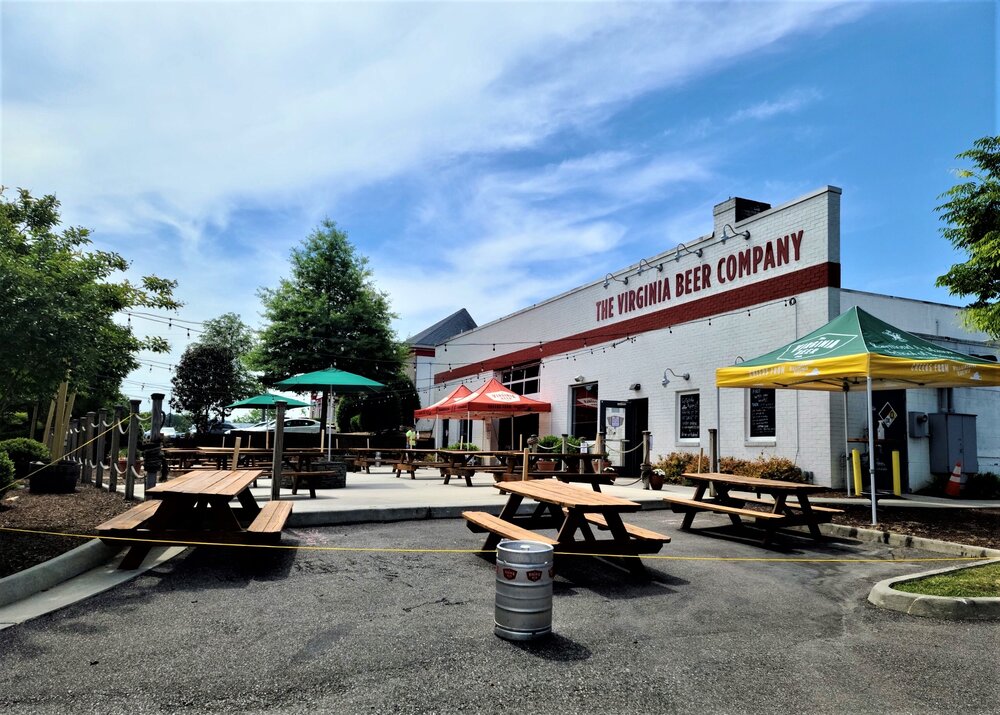 ·      On the production side, the brewery is undertaking a complete restructuring of its production floors in order to prepare to bring in more fermentation vessels, with increased demand for export along with domestic distribution territory expansions into Western and Eastern Virginia on the immediate horizon.

·      In the beer garden, the brewery will be adding more concrete surface area along with additional fire pits (to complement the three already in operation), and constructing an enclosed fencing structure with bar tops to increase the allowable outdoor service area.

·      For the facade, the brewery will again be working with The Night Owl to envision a mural for the exterior of the brewery’s 61-year old building to better welcome guests to the newly named Edge District in Williamsburg where the brewery operates. 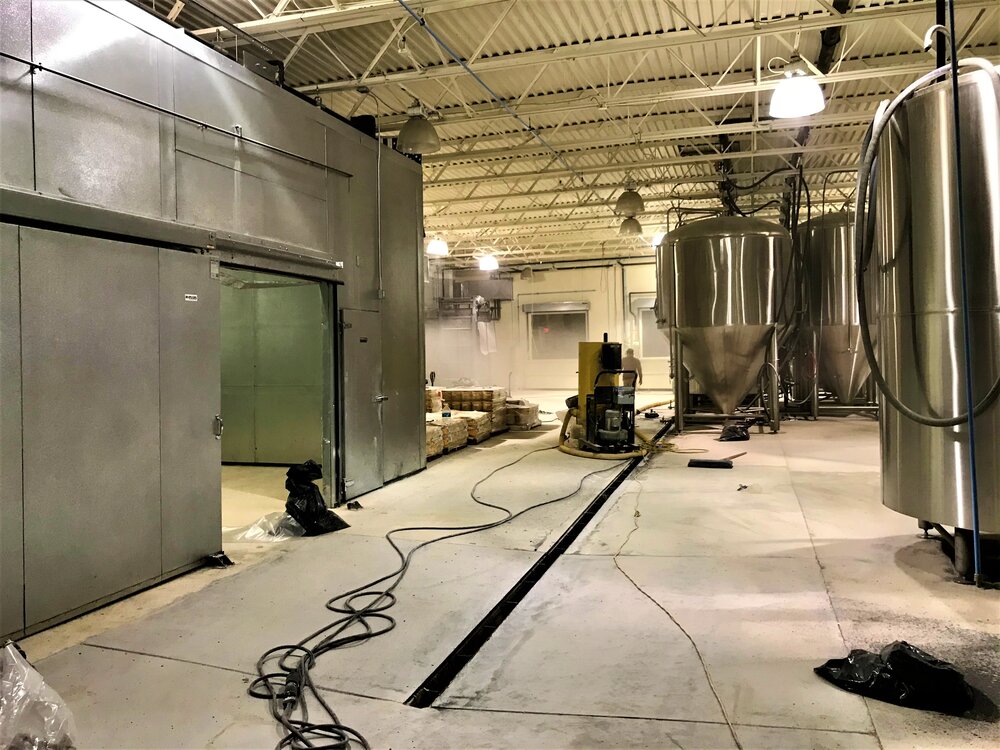 “We’re in the business of sharing beers & cheers,” says Robby W. “2020 definitely made it more difficult to focus on the ‘cheers’ part of the equation, but we pride ourselves on positivity and we feel that we’ve made the most of a difficult time. We entered 2021 with a complete team, an expanded on-premise experience, and new ways to showcase our particular brand of craft beer here in Williamsburg and around the world. All things considered, we’re as ready as we can be for the rounds yet to come.”

More information about The Virginia Beer Company’s brewery, taproom, and beer garden can be found at: www.VirginiaBeerCo.com