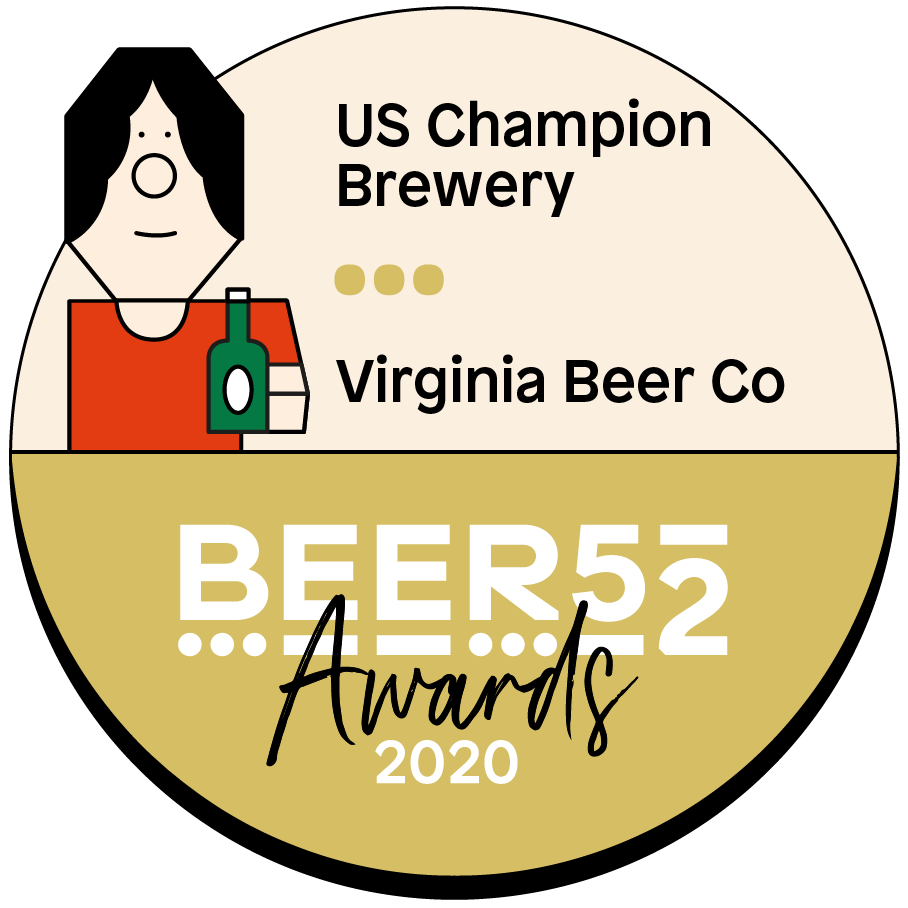 “Champion Brewery” has a nice ring to it, and that’s just what Beer52 — a United Kingdom based craft beer cultivation and subscription organization that serves thousands of international brews annually throughout the UK — has named The Virginia Beer Company.

There is no secret that Williamsburg’s Virginia Beer Co. loves sharing beers & cheers abroad. Since opening in 2016, the brewery has been working closely with the Virginia Department of Agriculture and Consumer Services, the Virginia Economic Development Partnership, and the Brewers Association‘s EDP to bring the flavors of Williamsburg to Europe, Asia, South America, Australia, New Zealand, and the United Kingdom.

“Earlier this year we teamed with the folks at Beer52 to participate in a Virginia-themed selection of beers made available for home delivery across the UK,” notes VBC Co-Founder Chris Smith. “And it turned out that Beer52 and their customers really liked what we delivered…because they asked us to send even more beer for their annual awards box…then more for the holiday advent mailer as well!”

The Virginia Beer Company has been attending beer festivals abroad since 2017, having had an in-person presence at overseas beer festivals such as Craft Beer Rising (UK), BrewLDN (UK), American Craft Beer Experience (Japan), BrauBeviale (Germany), and Beer & Food Attraction (Italy); along with beer served at international festivals such as Great British Beer Festival (UK), Beervana (New Zealand), and Planète Bière (France). The relationship with Beer52 was cultivated with visits by their team to Virginia breweries organized by the Commonwealth of Virginia, as well as additional sampling & networking done in person at the aforementioned beer festivals held in the UK. 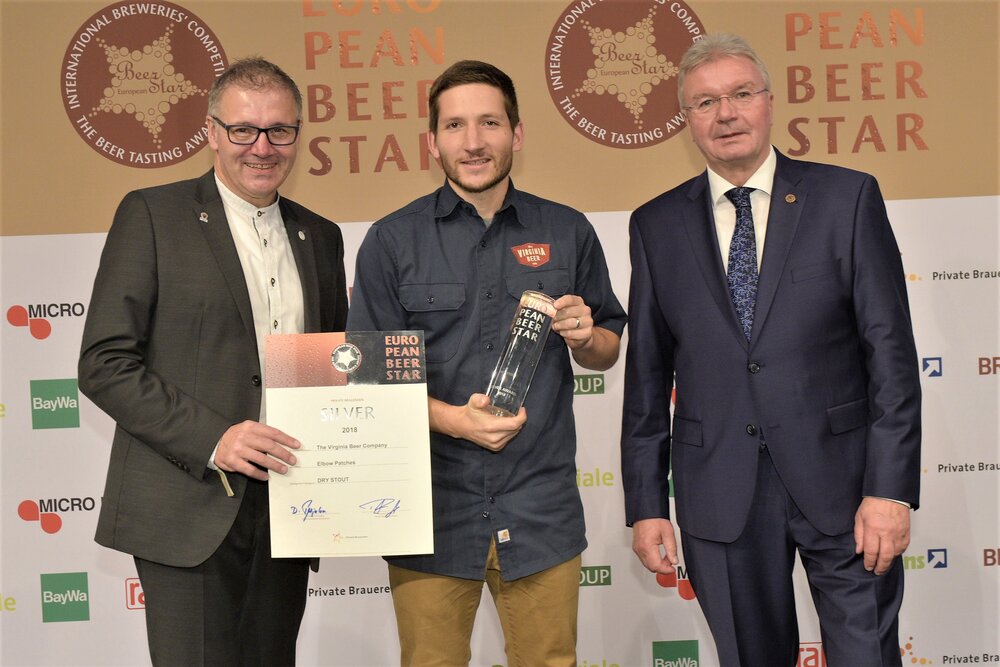 “We were of course humbled, flattered, and thrilled to learn that the thousands of subscribers to Beer52 had voted VBC as their favorite US brewery of 2020,” reflects VBC Brewmaster Jonathan Newman. “Our team had become accustomed to visiting the UK regularly for beer festivals, tap takeovers, and a touch of sightseeing…but having the opportunity to reach craft beer drinkers across the entirety of the UK (especially in this environment) was an especially amazing opportunity.”

The Virginia Beer Company’s Production Team worked overtime to produce enough Double Free Verse (a Double IPA version of the brewery’s best-selling flagship India Pale Ale) and Evil Santa Spiced Milk Stout (a seasonal holiday release) to fill multiple cargo containers; and after a short sail across the Atlantic, cans of these belters are now being cracked open on the other side of the pond by thousands of Beer52 customers.

“To our friends at Beer52: thank you for the opportunity. And to our fans in the UK: thanks for welcoming our brews into your homes! We hope to send more your way in 2021 and beyond,” says VBC Co-Founder Robby Willey. “Sharing beers & cheers as far and wide as we can has been a part of our business plan since Day 1 and it’s amazing to see folks enjoying VBC’s recipes from east to west and everywhere between.”

Despite the many variabilities that 2020 has brought, the Virginia Beer Co. more than quadrupled its international exports in 2020 — in large part due to the multiple shipments to Beer52, which made VBC can releases available to buyers anywhere in the United Kingdom by way of online ordering and home delivery. 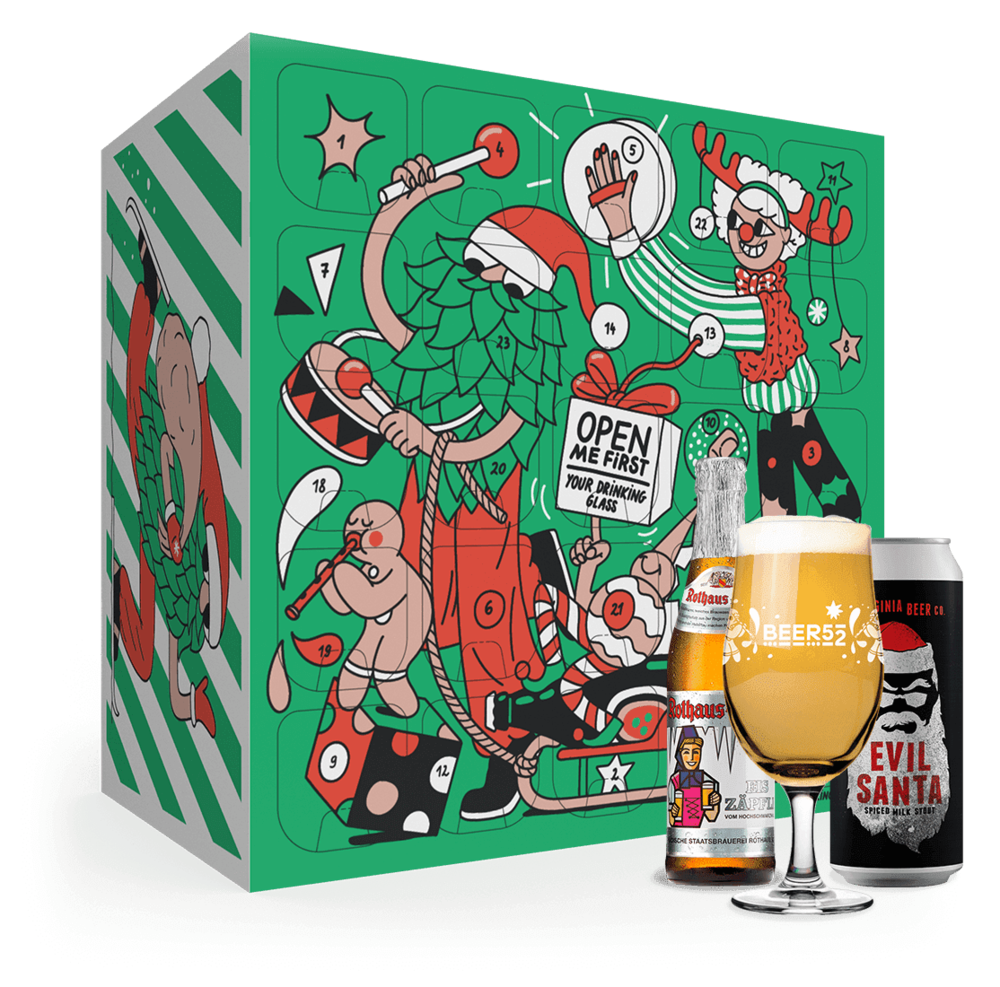 “Going forward we will continue to work closely with the Brewers Association and our state departments focused on export development to continue showcasing Virginia brewed beers in markets around the world,” comments Chris Smith. “We continue to send regular shipments of cans and kegs to Japan, the Netherlands, and France. We just sent our first shipment to New Zealand, and we are getting ready to send beers to South Korea for the first time. If there’s a craft beer drinker somewhere in the world, we hope to share beers & cheers with them soon.”

And as far as the UK is concerned? “We plan to make it back over in person when the time is right for BrewLDN, Great British Beer Festival, and other international festivals to showcase our brews,” comments Robby Willey. “In the meantime, we’ll keep working with Beer52 on future shipments and look for additional stockists in the UK. And we’ll be toasting towards Great Britain with the next release in our ever-growing line of British-inspired beers, the aptly named Semester Abroad London Porter.”

In addition to Beer52’s 2020 US Champion Brewery Award, The Virginia Beer Company has additionally won international awards for:

To learn more about where to find The Virginia Beer Company’s beers in Virginia, New York, and Worldwide, please visit: https://www.virginiabeerco.com/in-the-wild 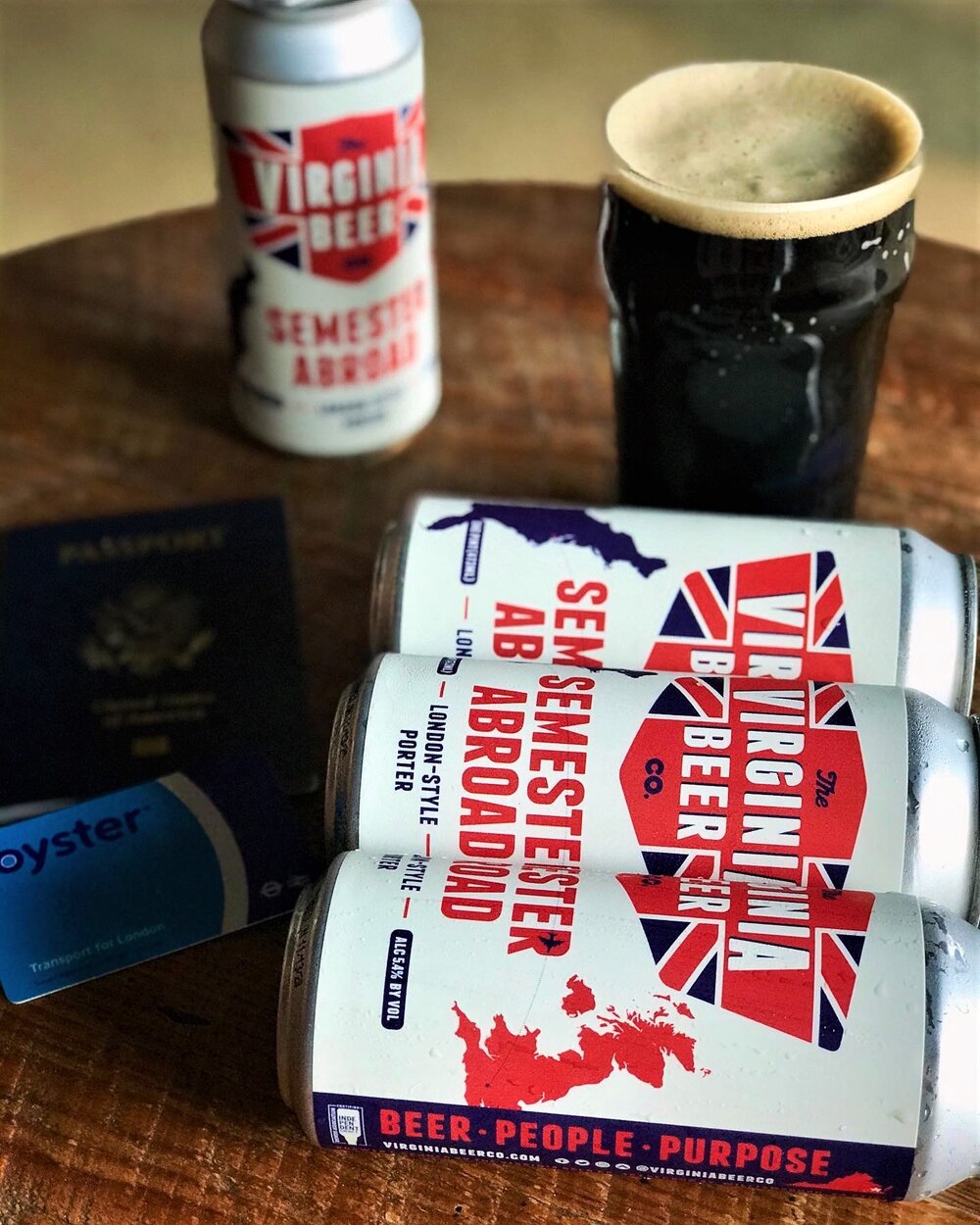 Best Of, VBC Overseas
Joyful is the Season of Giving
VBC Recognized with Two ROTY Awards