The Virginia Beer Company marked its fourth anniversary at the end of March, amid a rapid transition to takeaway and delivery services in response to the COVID-19 pandemic.

“Our management team met early the morning of 3/16 to discuss the current environment and decided to shift operations starting that day to takeout only,” recalls VBC Co-Founder Robby Willey. “We had to make the call to postpone our anniversary festivities, but it was the right call to make (and the party will happen one of these days). We were fortunate that we had the staff in place to shift to a curbside grab & go set-up, offering walk-up or drive-in purchases. Two days later we added online ordering and local delivery to the mix, and we haven’t looked back.”

The Virginia Beer Company’s anniversary festivities were to include a multi-day music celebration with Good Shot Judy, Brasswind, and other area bands & vendors; three limited bottle releases; and six small batch can releases. While the public events were postponed, the brewery decided to move ahead with bottle and can releases with a focus on to-go only availability.

“We’ve been able to offer some comfort for those around us by going ahead and releasing our anniversary lineup of beers (including three Waypost variants, three Free Verse variants, City Plus Coffee Porter brewed with coffee from Aromas in Williamsburg, Double Breakfast Special Maple Syrup Barrel-Aged Imperial Brown Ale, and Coffee Double Breakfast Special finished on coffee from Ironclad Coffee Roasters in Richmond),” noted VBC Director of Sales Michael Rhodes. “As we look past the end of March, we will be putting a lot of focus on our 5 bbl pilot system to keep rolling out small batch can releases including Estimated Eyes DIPA, Deadbolt DIPA, Green’s View IPA, and the return of Wrenish Rye Dry-Hopped Amber Ale. We’re also trying to team with our restaurant partners to offer specials such as coupons or gift cards if you support them with takeout orders too. We figure that variety is key right now, both for the sanity of those drinking/dining at home, and for our team to stay busy, so we’re going to focus on variety for the foreseeable future!”

Adapting to an ever-changing environment has been a part of the brewery’s four year plan. Starting with their 4-year anniversary releases and moving into upcoming can releases in April and May, Virginia Beer Co. will put added focus on online ordering and local delivery to minimize personal interactions. There is also talk of other service additions, such as mail order, as the brewery’s management team projects how far out everyone will need to be nimble.

“We’re adhering to a strict sanitation process and ensuring people grab their beer and go home,” comments VBC’s Assistant Taproom Manager, Courtenay Motley. “We want our team and our customers to be comfortable if they’re choosing to pick up our beer during this time. We’re also working with our food truck partners to allow them to vend behind the building with plates packaged for at-home enjoyment.”

The brewery’s hope is that by keeping can releases coming and streamlining the online ordering process, it will allow the brewery to offer a sense of normalcy to the VBC team and the surrounding community. Virginia Beer Co.’s focus in the coming weeks will be to queue up a schedule involving every full-time staff member on the Virginia Beer Co. roster, and part-timers as often as possible.

“The focus is on the health of our team and our community. We’ll keep reviewing our operations as we go and do our best to provide clear updates as the weeks progress,” reflects Co-Founder Robby Willey. “So far, the brewers have been able to keep the beer coming and we’ve been able to keep everyone busy, engaged, and most importantly, employed. We’ll continue to do everything in our power to keep it that way.” 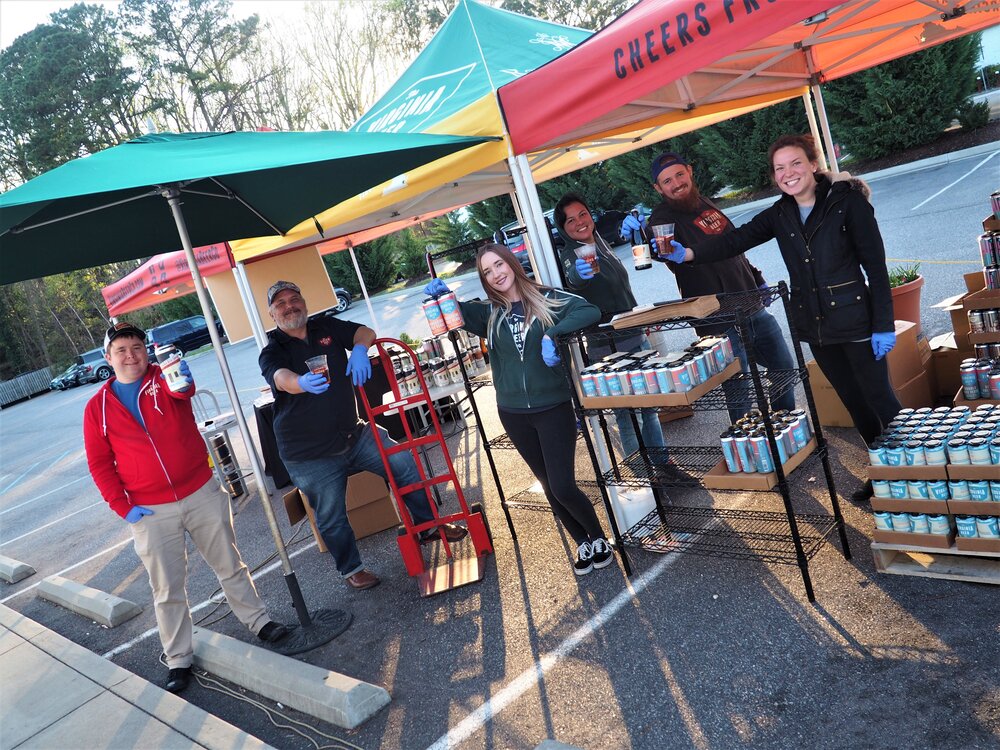