Editor’s Note: Part 8 of our Better Know A Beer City series is the fine wordsmithing of one Kevin “Papa Bear” Hyde. Kevin was the college supervisor of co-founders Robby & Chris during their time working at the College of William & Mary’s Student Phonathon, where the pair first met. So in a way, Kevin is the papa of The Virginia Beer Co. But his nickname has nothing to do with that… It’s an understatement to say that Kevin is a gifted writer and in addition he is a fellow entrepreneur. From his control center in California, Kevin spends his free time designing 100% corduroy athletic wear and running Yorktown’s own Virginia Beet Co.

The town of Oakland sits right across the Bay from the city of San Francisco, and it’s probably best known by most people as the home of the Raiders and A’s and Warriors. It’s also known, perhaps by lingering (but untrue) reputation, as a place with a lot of crime. It’s near Berkeley though apart from Berkeley, and it is, in some ways, a subtle urban echo of the better known and more expensive SF. But Oakland is its own thing: a proud town, at once simple and complex like many communities, and in feel very much unlike the increasingly inaccessible city across the Bay. And the beer scene here is fun and thriving and intriguing, like a lot of things in Oakland.

There are breweries in and around Oakland and there are more than a few beer-specific bars. Breweries first. In Oakland proper, there’s Linden Street Brewery (LSB)—the oldest Oakland brewery, Line 51, Oakland Brewing Company, Independent Brewing, and Ale Industries. 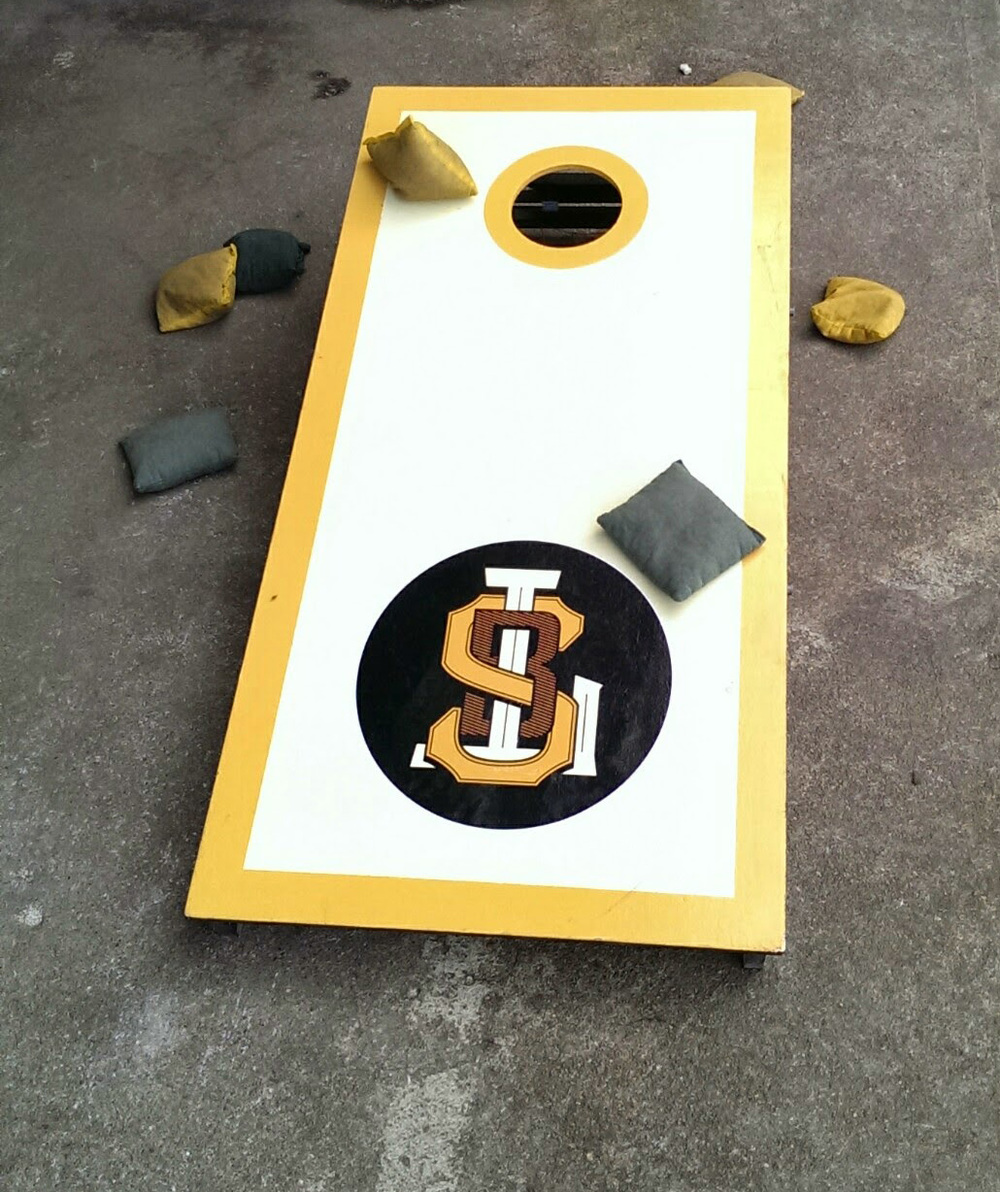 Linden Street is a sort of archetypal craft brewery—small, charming, and run by nice folks who love making, drinking, and talking about beer. And there are major chops in the beer-making at Linden Street: their beers are pretty superlative, and they have an American pale ale, Hop Candi, that’s delicious and not as forward or hop-hot as a lot of pale ales (which I like; I’m not super into the hop brinkmanship that seems to come and go in the craft beer world). They do a nice pilsner with their New Oakland Glow and their Urban People’s Common Lager is fun, refreshing, and friendly. When I last visited, they also had their Can’t Fail Cream Ale (which has some rice in the brew, I was told), which had good flavors, and their Russian Imperial Stout (a seasonal), also a highlight.

Line 51 operates a little differently than Linden Street. For one, it doesn’t have a taproom or physical location quite like LSB, but it distributes its beers to select bars throughout Oakland, Berkeley, and Alameda (the little island that sits close to Oakland). Line 51’s tight connection to Oakland’s beer bars is no accident—the brewery is named after the Oakland bus line that owners P.T. Lovern and his wife, Leti, used when they were (responsibly) doing their market research at bars around town. So what Line 51 may lack in physical presence, it more than makes up for in the quality of its beers and its support of great local bars. The brewery’s Red Death imperial red (below, right) is sort of bonkers—totally delicious and totally intense, this beer is a treat and it has some bold malt flavors. Their One Inch Punch IPA (below, left) has a subtly sweet beginning and exceptional hop flavors like LSB’s Hop Candi (again, without overdoing it) and it’s a nice beer to have with a pub dinner. One of my favorites of Line 51’s beers is Leadoff, a blonde IPA that’s also a baseball-season seasonal; the tap has the green and gold of the A’s, the beer itself is awesome, so, you know, it doesn’t really get much better. 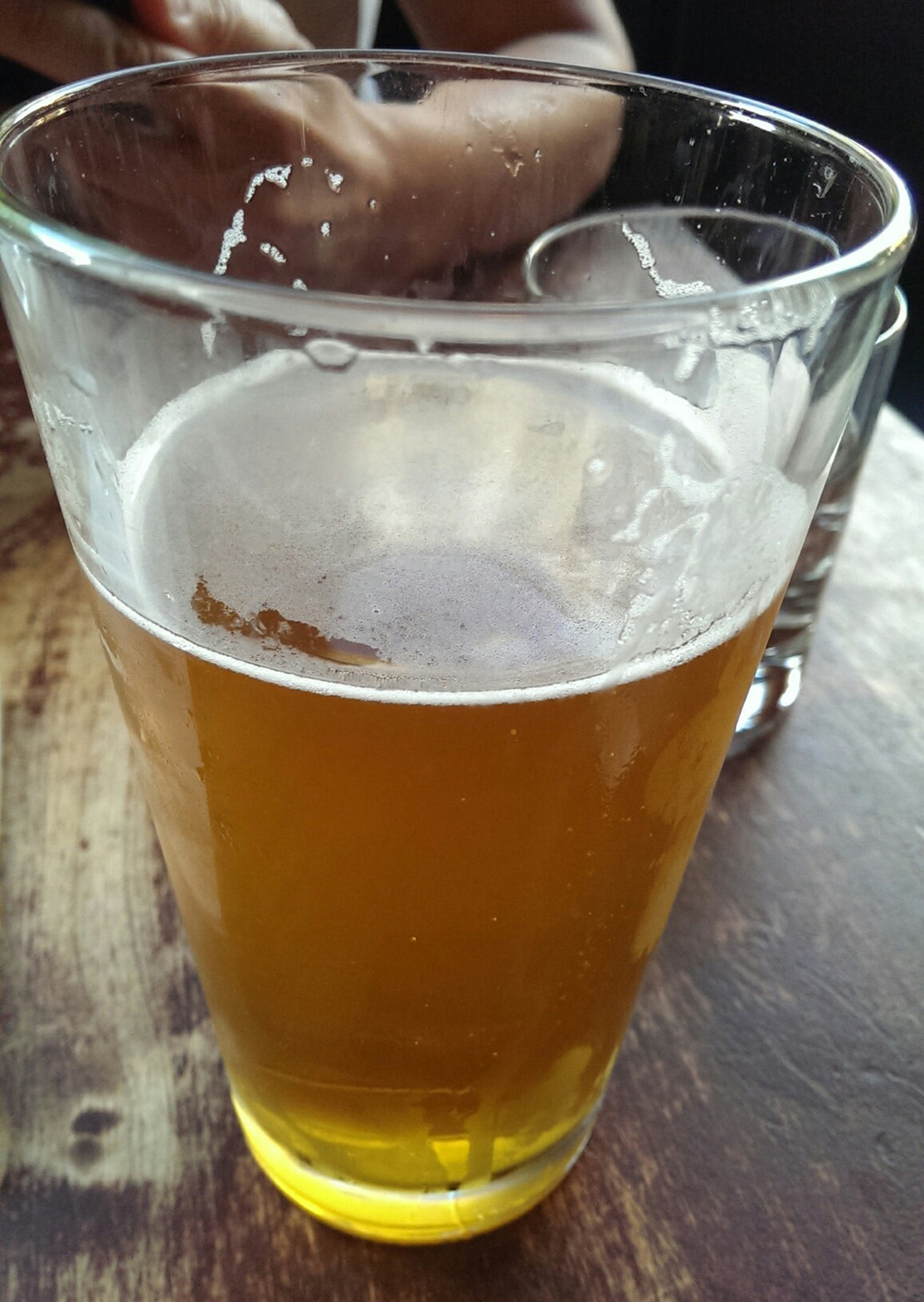 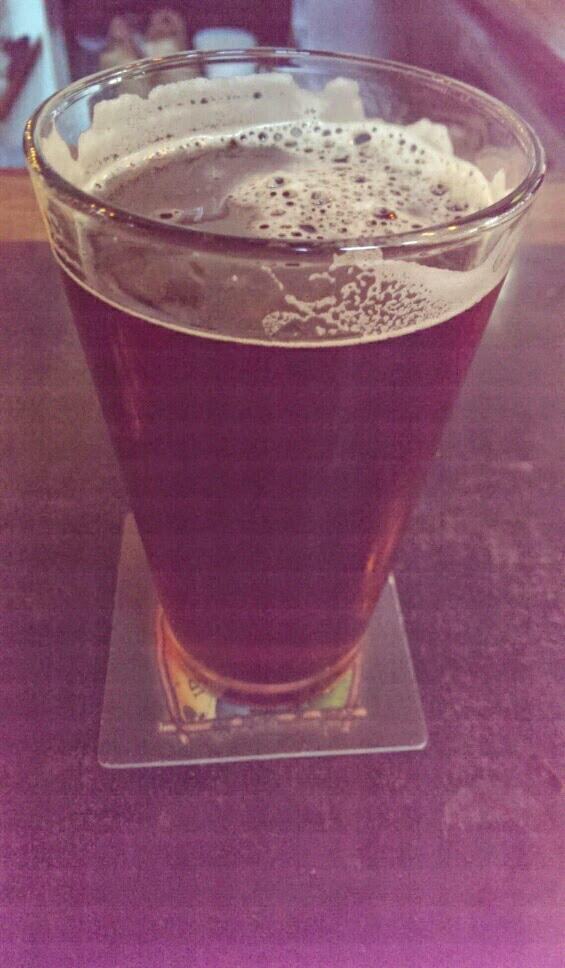 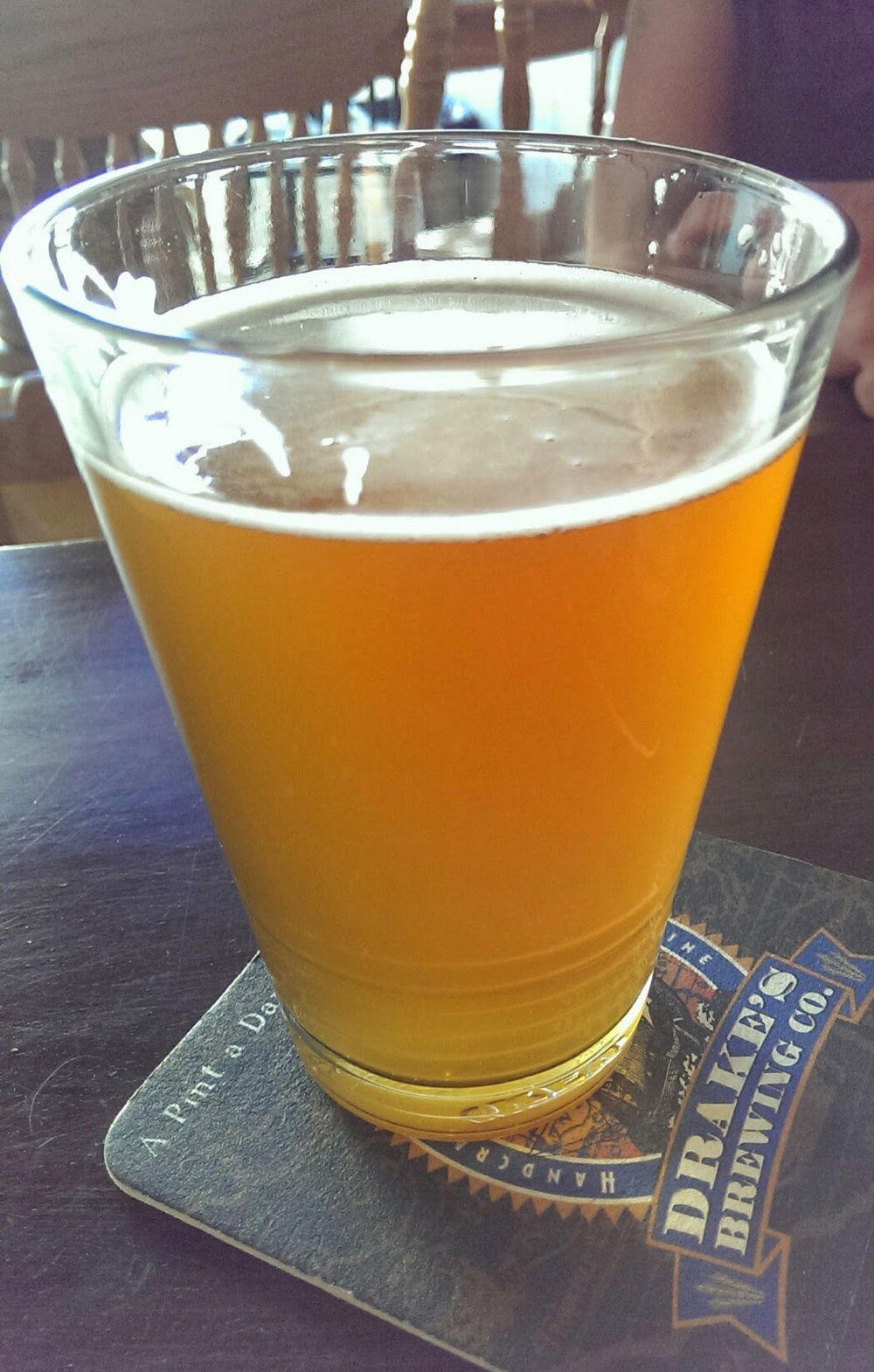 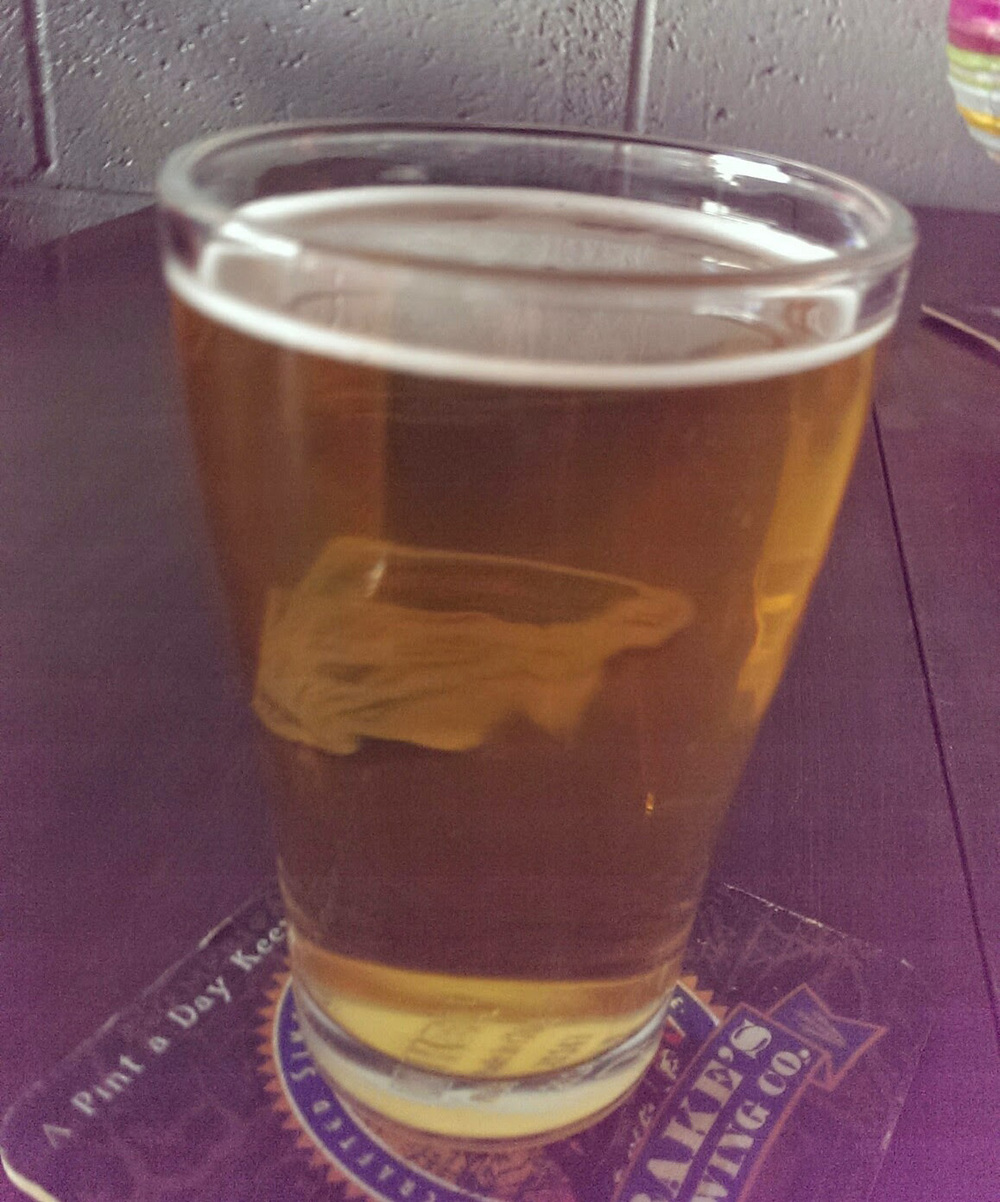 Independent Brewing, which is primarily owned by Stephen McDaniel, is sort of an offshoot of Oakland Brewing Company, inasmuch as McDaniel is an owner and brewer at OBC. Independent has a very nice space in Oakland’s Jack London Square—a recently revitalized area of the town that’s seen a big influx of cool restaurants, bars, art galleries, and the like. Independent’s taproom is laid back, family friendly, and comfortable; more importantly, their beers are amazing. The day my girlfriend and I visited, they were pouring a couple small-batch beers and we sampled their Strawberry Blonde Ale and the T ‘n H Wheat Ale, both of which were wonderful. The Strawberry Blonde was delicious—dangerously drinkable—and had wild transitory flavors. The T & H wheat was also really impressive, sweet and bready taste at the start, then gently bitter, with another change towards a smooth finish. McDaniel reportedly uses Independent to produce more experimental beers (there was a spicy stout on tap when I visited, which is apparently truly hot, and there were a few sours too).

Although I’ve tried and loved Independent’s beers, I haven’t yet had the pleasure of sampling any of OBC’s beers, and that is mostly due to the sheer number of new and new-ish places here that cater to beer lovers. In the past few months, there’s been a few more additions to the Oakland/Berkeley/Alameda beer scene, and it seems as if breweries and beer bars here open in clusters of two and threes (not a bad thing):

This is all to say that there is a lot of brewery-related activity in Oakland, like there is in most of the U.S., I suppose, and that means that there are a lot of great options for anyone looking for new beers to try and new tasting rooms to loiter around.

As for beer bars, I have a couple favorites here, and while some of them are on my list for both objective and sentimental reasons, all of these places serve good beers and you will have fun while within or even while merely adjacent to their premises.

The Trappist, which is the first beer bar I heard about when I moved to Oakland in 2013 and the first one I visited, has an extensive draft menu, with a front bar, a back bar, and a patio bar. It’s situated in Old Oakland, which is turning into one of the most beer-centric areas of the city. This place offers an astounding range of Belgian and Belgian-style beers, plus some others that you won’t see at many other places. It’s got a great atmosphere—very quiet, for the most part, or quiet enough that you can have a good conversation—and the bartenders are always courteous and knowledgeable. My girlfriend and I had our first date at the Trappist and so I harbor a deep love for this place, though I have had zero luck in convincing them to install a bronze plaque at the back bar in our honor—such is life. The Trappist is simply one of the best bars in Oakland and so a necessary stop if you come here and want to drink good beer. (There’s another location called The Trappist Provisions in a different neighborhood in Oakland, but I’ve never been there so I cannot vouch for it, though it’s supposed to be great too.)

Beer Revolution is about four blocks from the Trappist and it is a little beer library. Beer Revolution serves beers that are, to put it weirdly, Brigadoon-esque: beers that you have never encountered and may never encounter again. Beers that come from every municipality and village and unincorporated area in California and beyond. I have had beers here that I did not think were physically possible to brew, and beers that frightened me with their fine style and powerful power. I exaggerate, of course, but just barely. Beer Revolution is the place to go for hardcore beer lovers–anyone who’s added and reviewed, like, 30,000 distinct beers on Untappd or who has a jaded palate that can only be roused to wonder by the most sublime or extreme flavors. It’s a fun place! It’s got a sweet porch out front and limited seating inside, and it’s a little loud, but you go to Beer Revolution mostly to drink insane beers, not to discuss the finer points of German expressionist poetry (for instance).

Perdition, in Berkeley, is a barbecue place with a great beer list. It only opened a year or so ago but has made itself a reputation as not only a great restaurant but a great beer bar too. Perdition serves transcendent barbecue, let me get that out of the way first; it is so good that you will want to eat it forever, which is probably medically inadvisable. It may not be the best barbecue in all of America—I will leave that judgment to men and women who are more comically serious about their chewables and comestibles than I—but it is really very good and excellent and outstanding. Plus Perdition is like a mini-Beer Revolution in its approach to keeping a long list of all-star CA beers (and out-of-state beers too) on draft. You can’t go wrong at this place. I promise that you will enjoy Perdition. It’s right in the heart of Berkeley too, so you can go walk around and take in Berkeley in all of its sweet lovely Berkeleyness.

Come visit Oakland! Without overselling it, let me just say that it is the finest town in the world, a place where you’ll find cheerful people, lusciously verdant public parks, clement weather, friendly animals, and the best beers you will probably ever drink.