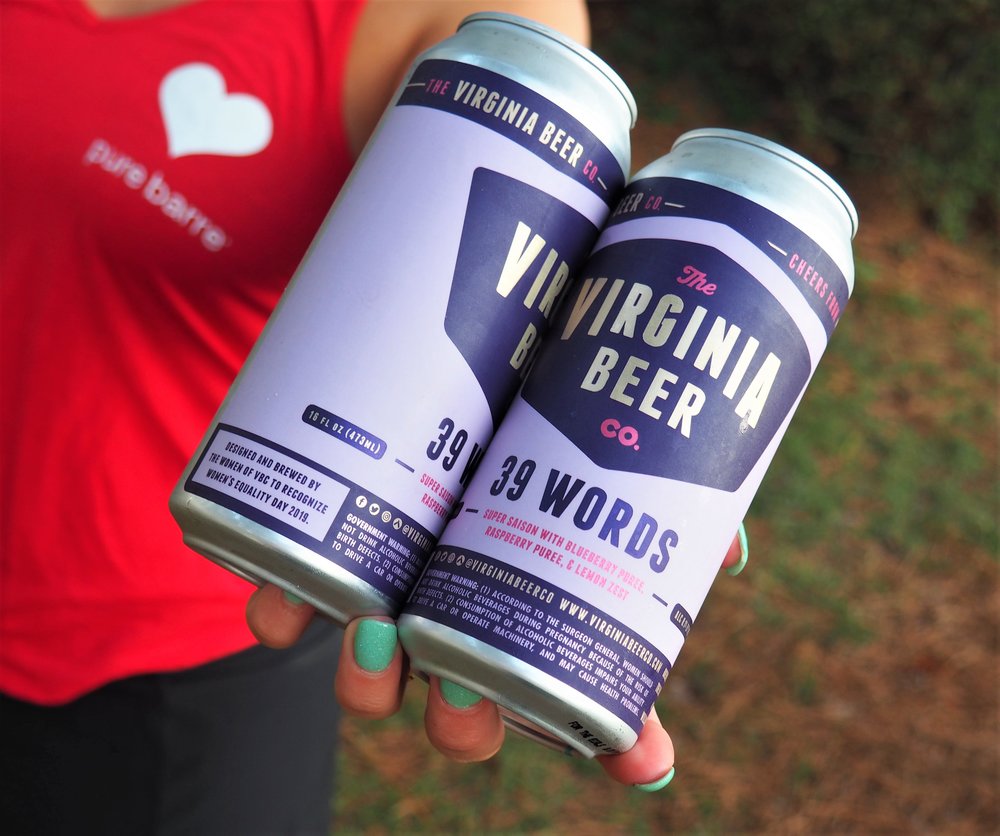 On Friday, August 23rd, The Virginia Beer Company is releasing 39 Words. This “Super Saison” (brewed with Blueberry Puree, Raspberry Puree, and Lemon Zest) was Designed and Brewed by the Women of the Virginia Beer Co. to celebrate Women’s Equality Day 2019 (commemorating the passage of the 19th Amendment to the US Constitution).

“The idea was first broached by one of our Brewers [Brad Adams],” commented VBC Taproom Manager & Business Developer Luci Legaspi. “We have a diverse group that makes up the Virginia Beer Co. family and we celebrate everyone’s ideas and identity. We have 5 women on the team and each of us loved the idea of spending a day in the brewery putting our touch on a VBC brew. We all had our own ideas for a recipe, but we all agreed that we definitely wanted to do something big and bold. This ‘Super Saison’ is packed with fruit flavor; and at 8.1% abv it’s definitely a bold take on a traditional style!”

The name, 39 Words, is the number of words in the 19th Amendment, which passed Women’s Suffrage in 1920. The Draft – 16 oz. Can releases will begin this Friday, 8/23 at Noon kicking off a full weekend of live music, new tappings, and rotating food trucks. “Saison up” all weekend then join the celebration of diversity, inclusivity, and beer brewed for all on Women’s Equality Day (Monday, 8/26). 39 Words will be available for a limited time exclusively at The Virginia Beer Company (401 Second Street). 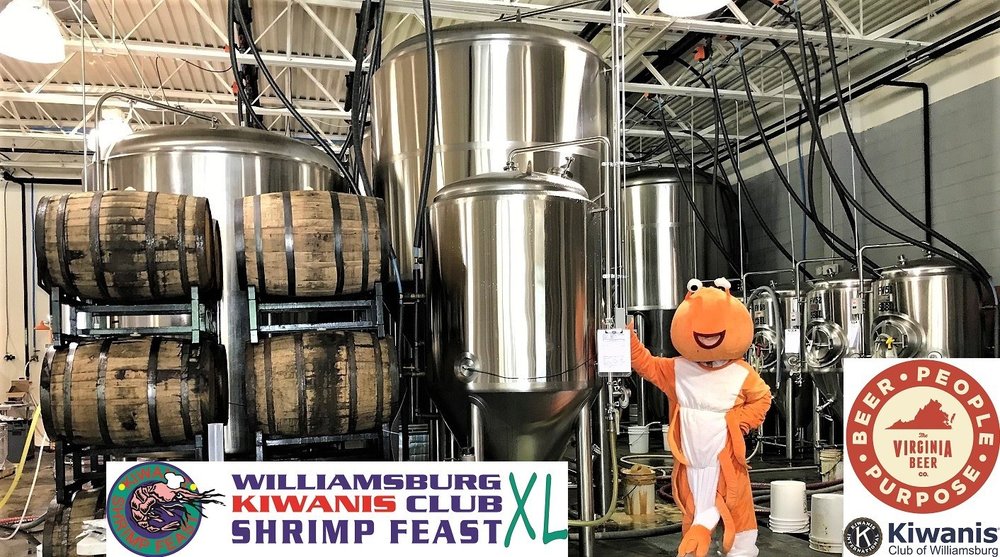 As part of this weekend’s celebration of community, the brewery will also be tapping a Golden Ale collaboration with the Kiwanis Club of Williamsburg on Saturday, August 24th. This Golden Ale was brewed in celebration of Kiwanis largest fundraiser of the year – Shrimp Feast – the 40th year that the event has been organized. This smooth and crisp Golden Ale (named Shrimpin’ Ain’t Easy) will be tapped on Saturday at Noon as part of the Virginia Beer Co.’s 3rd Annual Crab Pickin’ in the Beer Garden seafood event. A portion of proceeds from every Pint of Golden Ale sold will be donated to Kiwanis.

“The Virginia Beer Company has been proud to be the exclusive craft beer provider for Kiwanis Shrimp Feast since the brewery opened in 2016,” remarked Co-Founder Robby Willey. “We love working with Kiwanis on this event, one that supports a number of amazing organizations in the community such as Dream Catchers and Camp Kesem. As this is the 40th anniversary of Shrimp Feast we thought a special brew was in order, and a seafood fest at the brewery seemed like a great time to kick off Shrimp Feast season!” 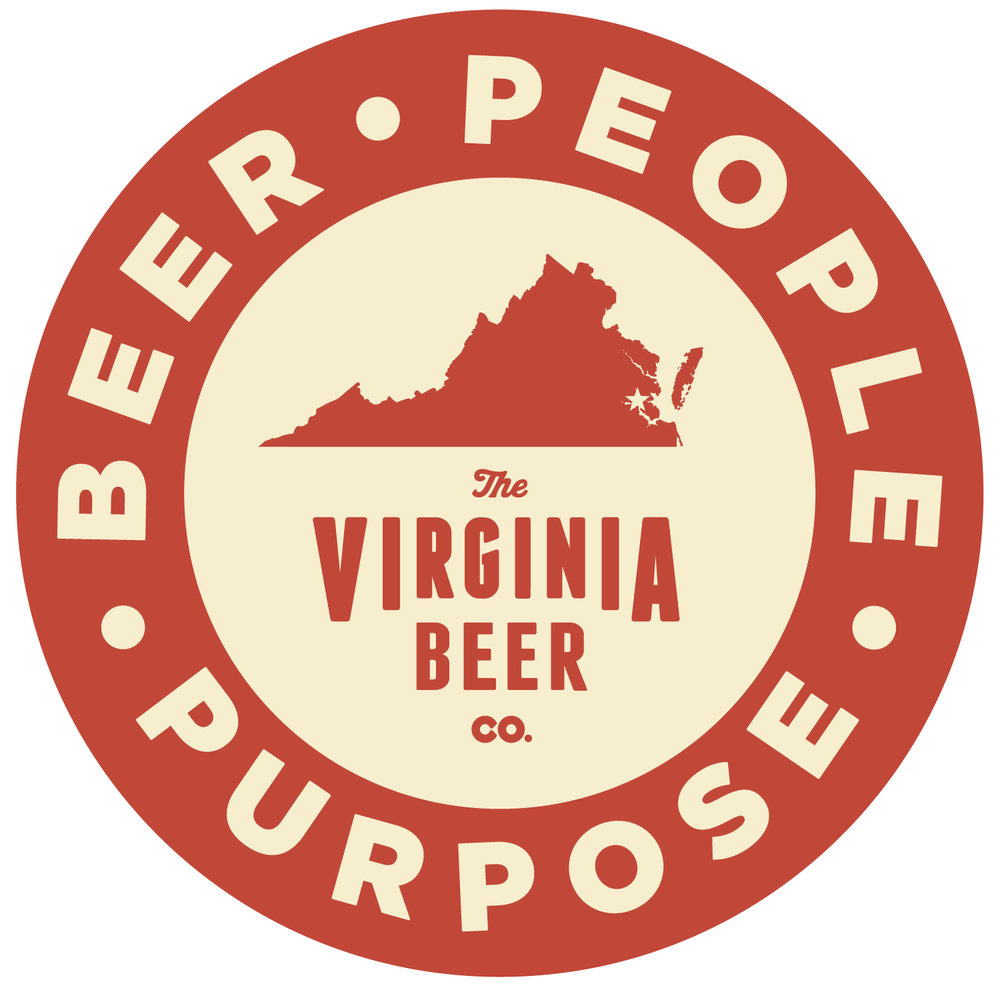