Every August, the Women of VBC (along with Brewer Brad Adams) gather together to brew 39 Words. The idea for this beer was originally conceived in 2019 to celebrate Women’s Equality Day (commemorating the passage of the 19th Amendment, starting the process of giving women the Constitutional right to vote).

“It has quickly become one of our favorite brew days each year,” exclaims Virginia Beer Co. Operations Manager Luci Legaspi.

The third annual release of 39 Words — named after the number of words in the 19th Amendment, certified to the U.S. Constitution on August 26th, 1920 — is a Blonde Ale brewed with Lemongrass and Sabro hops. Designed and brewed by the Women of VBC, 2021’s recipe is light, crisp, and refreshing with a hint of tropical coconut (aka, Summer In A Can).

This year’s limited edition release features an updated label design showcasing the 39 words that make up the 19th Amendment, one of the first major milestones on the road to women’s suffrage. This beer is released each year in late August for Women’s Equality Day, an important release reflecting the brewery’s Beer · People · Purpose mantra and The Virginia Beer Company’s year round celebration of Women in Craft Beer.

“The entire VBC team looks forward to this year’s can release in celebration of diversity, inclusivity, and beer brewed for all in honor of Women’s Equality Day 2021,” cheers Virginia Beer Co. Cellarperson Morgan Taylor.

Visit VirginiaBeerCo.com for recipe details and information about when this small batch release is available on tap at the Virginia Beer Co.’s taproom + beer garden in Williamsburg, Virginia. 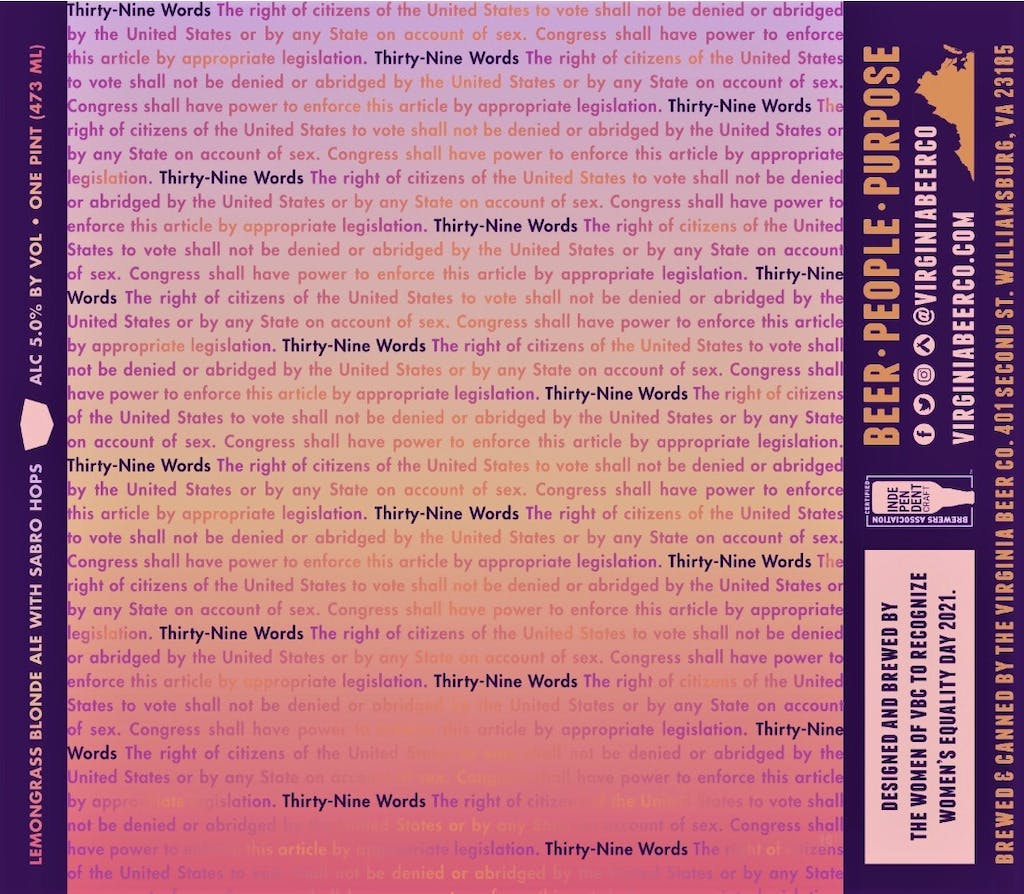