I currently reside in Sydney, Australia originally coming from a small country town in New South Wales located very close to the border of Victoria with a population of 7,000. Having moved to the big smoke to study sports business I secured a job for a company that designs and sells packages and tours for people to attend sporting events and festivals domestically and internationally. One of the highlights of the job is of course the travel having been to places such as Hong Kong, Brazil and New Zealand for both Rugby Union and the FIFA World Cup. The next exciting step is a move to the UK for 12 months being a tour guide throughout Europe for our London based company. And why not take as many side trips as possible to experience craft beers from around the world.

When in Sydney it is customary to take a ferry ride around the harbour and fight the masses to get the best selfie with iconic sights like the Harbour Bridge, Opera House and Luna Park. Or you may want to head to Bondi, Coogee or Manly beaches for a refreshing swim and the burning Aussie sun.  And no, Manly is not home to steroid-pumping bodybuilders or men with puffed out chests starring in an upcoming David Attenborough documentary, rather a beautiful Northern Sydney suburb with a classic beach lifestyle and the best chilli chocolate ice-cream you will ever find.

Now I am going on the assumption that not many of you have made the journey across the Pacific to the land down under but put it off no longer as the Sydney craft beer scene is an experience you cannot miss. Below I have some of the favourites that are a must for all beer enthusiasts. 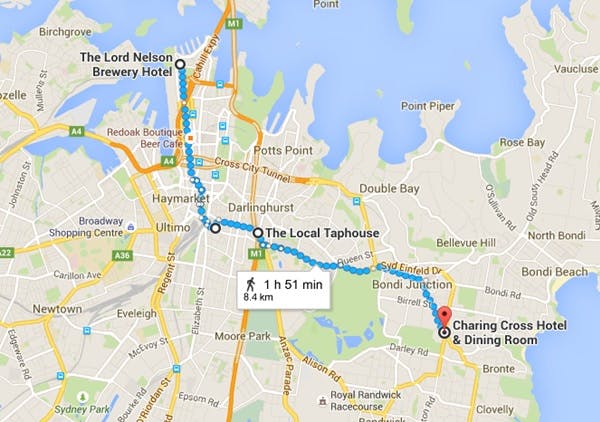 First on the list is the Local Taphouse in Surry Hills. Surry Hills is located 3km from the heart of the city and has an artsy, hipster vibe obvious throughout their restaurants, bars and street culture. An added bonus is this pub is a 7 minute walk from my office and great for Friday after-work drinks (hello happy hour). 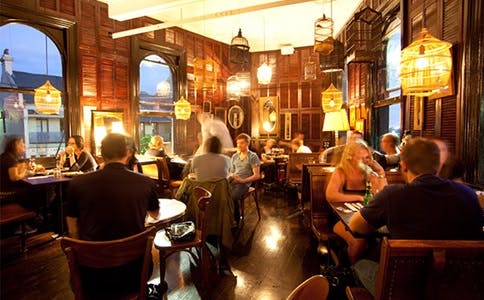 The Local Taphouse (the Local) is excellent for any time of year with an eccentric indoor level featuring a wall covered in wooden window shutters and vintage birdcage lights (as seen above). The top level is a classic garden rooftop with private bar access and fireplace for those cold winter nights. If it is your first time or your tenth time, you can’t go past a $10 paddle to get through the large variety of beers on tap.

The Local constantly have up to 5 beers on rotation every couple of weeks and if you are stuck choosing one, ask their friendly bar staff who are beer connoisseurs and will pick the perfect glass depending on your favourite hops and what you feel like. Be sure to check out their webpage before you go as you are sure to find an upcoming event that will suit your taste of food as well as beer. 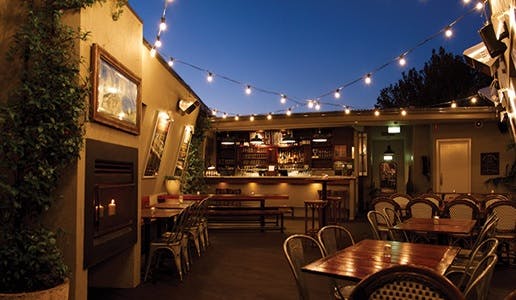 Featuring 33 different beers and ciders, the Keg & Brew in Surry Hills is definitely one place to visit if you live in Sydney or just passing through on holiday. Conveniently located 11 minutes’ walk from the Local Taphouse, why wouldn’t you be calling your mates to start the greatest pub crawl of all time! One thing that I love about this place is that they source the latest local start-ups from seasonal and experimental to all your favourites. If you are after an iconic Aussie beer for a change in pace between paddles they offer schooners of VB (Victorian Bitter) and Resches. Now I am going off the assumption that most, if not all American’s have no idea what a ‘schooner’ is (if I remember my last 2 trips to America, I had blank stares). This refers to a glass roughly equating to three-quarters the size of a pint. Most Irish pubs within Australia offer pints and some states such as Queensland prefer pints over Schooners but it comes down to a personal choice of the drinker. For example my dad now has his favourite beer on tap at the local pub and only drinks middys (even smaller than a schooner). His reasoning is that he can drink the entire glass while the beer is still cold. He is still trying to get me on board. 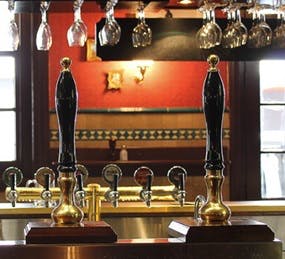 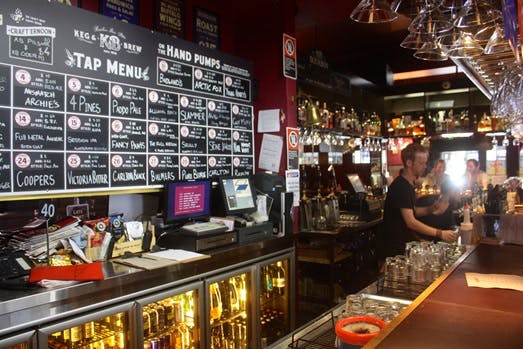 Next we have the Lord Nelson Hotel. The list of ales available at the Lord Nelson just makes my heart do a happy dance. Being Sydney’s Oldest Hotel each beer name is inspired by the pub’s history and of course by Lord Nelson himself. I am a fan for the pale ale if you hadn’t already guessed and like girls when betting on the horses, I look at the pretty colours and logo of the beer I am considering putting my money on. So it seems fitting that the first ale that caught my eye was the Quayle Summer Ale. Two words they use – high drinkability.

If you are coming to Sydney the best accommodation is in the city giving easy access to many if not all of the great sights and activities on offer. The Rocks is home to many pubs (including the Lord Nelson) and restaurants with stunning views of the Harbour, as well as some of the best weekend markets you will find. For a pub that ticks all boxes, the Lord Nelson is a must with funky beers, an iconic Sydney pub and breathtaking harbour views. 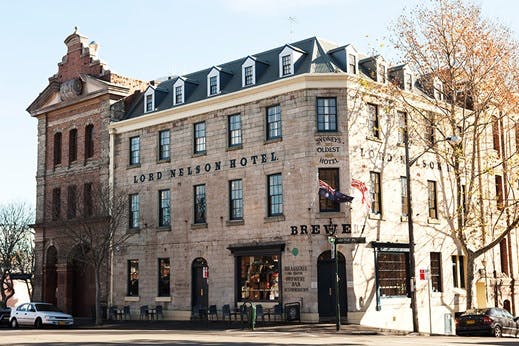 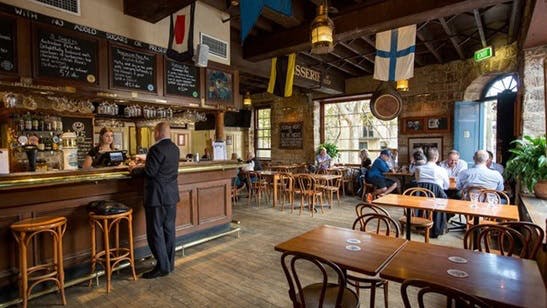 And to finish off I have to do a favourable mention to my boss’s pub, The Charing Cross Hotel located in the Eastern suburbs. The entire pub has been renovated out of the 20th century and into the 21st century with a beer garden holding amazing large letters spelling the pub’s nickname, the Charo, and a great round marble bar in the main area. As you can see in the pictures the beautiful copper beer tap offers up to 20 different beers at any one time. This is a pub that is always looking for new and exciting beers to offer its patrons and an example of this is ANZAC Day this year. One keg of Young Henry’s ‘Winged Victory’ had been tapped. When I first saw this at the bar I was a little hesitant about having an ANZAC biscuit flavoured beer, but I braved the weird faces of onlookers and handed over my money. If only those same people were at the bar when I came back for another. Blended with honey, cinnamon, rosemary and a mix of both Australian & New Zealand hops it was one beer that has surpassed the rest.

Now that we are in Oktoerbfest mode, 3 German Oktoberfest beers have been tapped and will continue over the next few weeks. Why not drop in while catching up on some replays from the Rugby World Cup. 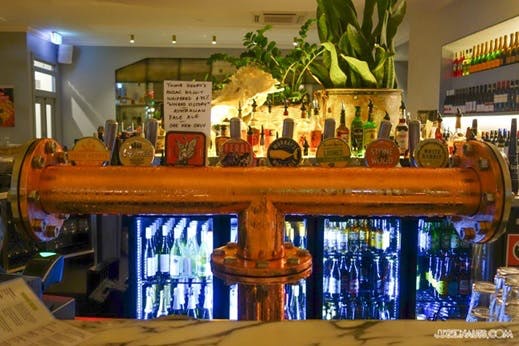 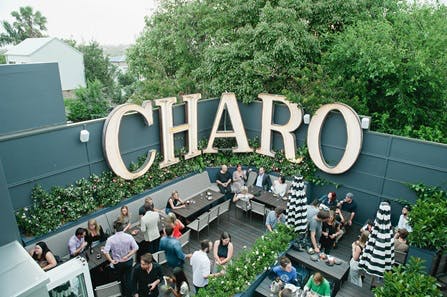 With Sydney offering such a vast array of pubs and bars promoting craft beer, it is getting harder to pick favourites, which can only be a good step forward for beer lovers in Sydney. I hope this has given you an exciting insight into Sydney’s growing craft beer culture and has hopefully sparked another reason for you to make the trip to our beautiful continent (beer provided on flight). Now to convince someone to make a vegemite inspired beer….

And on a final note, Fosters is definitely an iconic Australian beer but no one actually drinks it here, unless it is our grandfather’s that are too stubborn to try anything new. We kindly ask that you try it at least once and never think of it again and come over here and try the new Aussie taste!