Williamsburg, VA – The Virginia Beer Company will be joining the Virginia Economic Development Partnership‘s international trade mission to the United Kingdom this May.

“Export has been a focus for our brewery since Day 1,” notes Virginia Beer Co. Co-Founder Chris Smith. “We have a passion for being a part of the growing craft beer world — not just in Virginia or in the US, but all over the globe. In 2021 the brewery was accepted into Virginia’s VALET program [Virginia Leaders in Export Trade] and we’re ready to once again take VBC overseas.”

As part of the state’s upcoming trade mission to the UK, Virginia Beer Co. will be joining other Virginia-based businesses (such as Catoctin Creek Distilling Company) looking to begin or expand distribution and promote Virginia-made/brewed products in the United Kingdom.

“We’ve really enjoyed our experiences in the UK market,” notes VBC Co-Founder Robby Willey. “We’ve poured beer at most of the past Great British Beer Festival, Craft Beer Rising, and BrewLDN events since 2017. And we’ve seen our beer featured across the UK thanks to recurring partnerships with Beer52 [a distribution service making beers available for home delivery anywhere in the UK].”

“One goal of this trip is to reconnect with past and future export partners,” states Chris S. “We’ve been able to ship beer during the pandemic…but since we haven’t been able to visit any global markets in over two years, the goal is also to reconnect with craft beer drinkers, showcase the purpose that’s at the core of our brewery, and share some beers & cheers in person again.”

The brewery will be in London from the 1st of May through the 9th of May. In addition to meetings with distributors, VBC will be teaming up with London craft beer bar The Rake (located in Borough Market) for a tap takeover on the 4th of May. Proceeds from sales of VBC’s beers that night will be donated to to the Ukraine Humanitarian Appeal of the UK’s Disasters Emergency Committee.

The Virginia Beer Co. will then join the Virginia Department of Agriculture and Consumer Services [VDACS] along with other Virginia breweries representing the “Virginia Is For Craft Beer Lovers” showcase at BrewLDN, an annual London-based craft beer festival hosting breweries from around the world over the 6th & 7th of May.

The Virginia Beer Co. is also a member of the Brewers Association’s Export Development Program, participating in tastings and exhibitions around the world. The brewery currently exports kegs, cans, and limited bottles to the UK, the Netherlands, France, Japan, and South Korea. 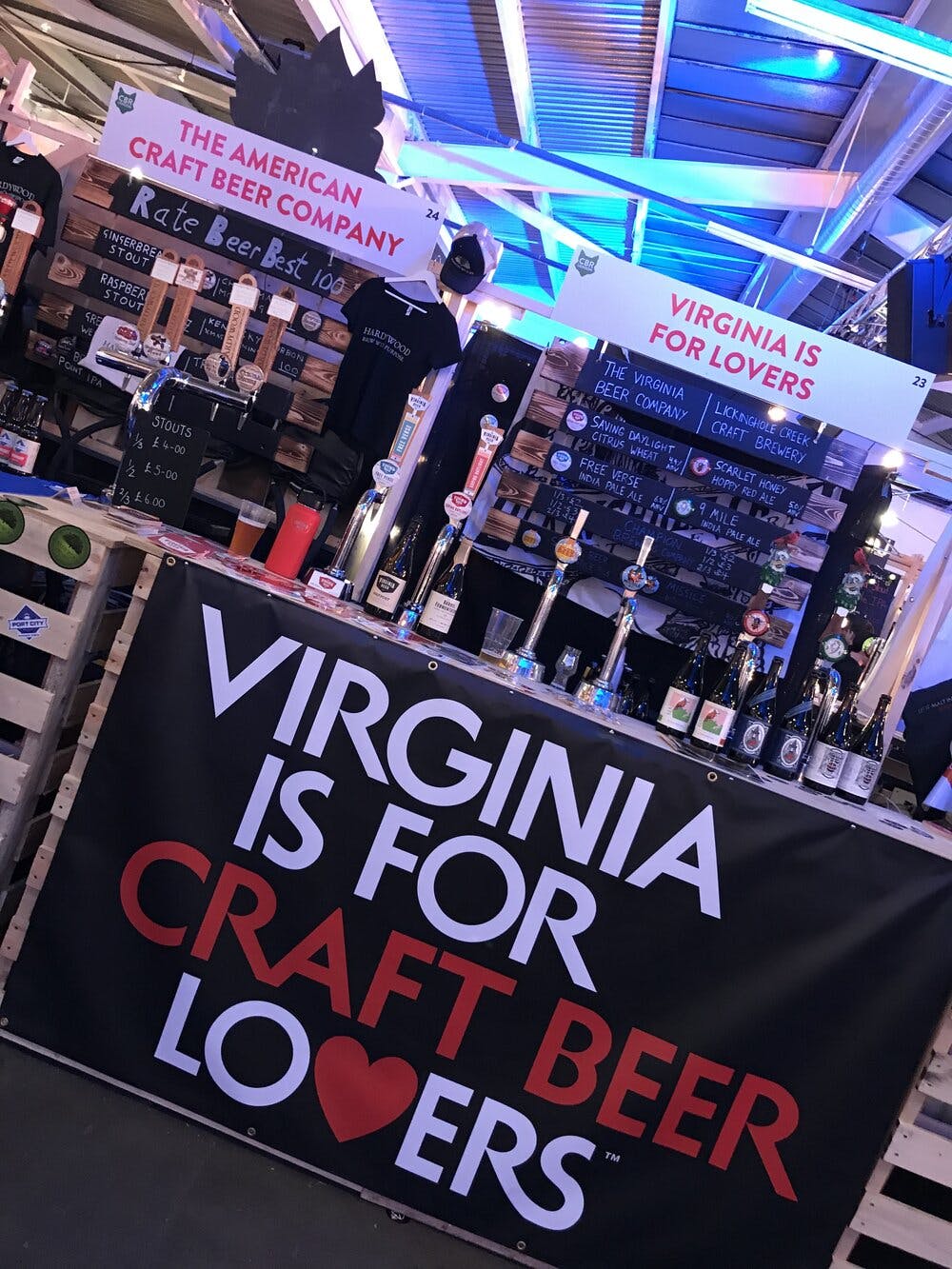